Standoff Over Mahatma Gandhi's Statue In UK City Of Leicester

Keith Vaz called for the petition to be withdrawn or for its organisers to face a police inquiry for inciting racial hatred. 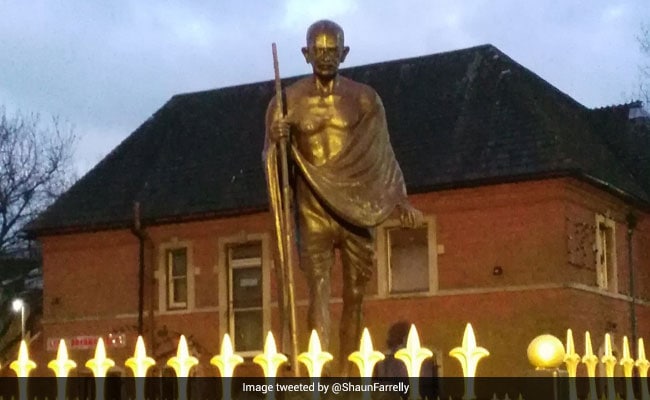 A former British Indian MP on Thursday launched an impassioned campaign to defend a statue of Mahatma Gandhi in the British city of Leicester after an online petition calling for its removal attracted over 4,000 signatures.

Keith Vaz, who was the longest-serving member of Parliament from Leicester until last year, called for the petition to be withdrawn or for its organisers to face a police inquiry for inciting racial hatred as he declared that he would personally defend the sculpture if anyone tried to remove it.

"Gandhi's statues in Leicester and London are an inspiration for peace, harmony and non-violence. He was one of the greatest peacemakers in history," said Vaz, who was present when the statue was unveiled in Leicester 11 years ago by then Home Secretary Alan Johnson.

"This is a dreadful petition that seeks to divide communities in Leicester and in the country... If this is not withdrawn I will certainly refer it to the police to consider whether it incites racial hatred," he said.

"We have come a long way in 33 years on racial equality but clearly there is a long way to go. If there is any attempt to remove it, I will be there to defend it personally," Vaz added.

The petition entitled 'Remove the Gandhi Statue in Leicester' alleges Mahatma Gandhi was a "facist, racist and sexual predator" and that the sculpture should, therefore, be removed.

The bronze statue, which captures Gandhi in his walking stride by Kolkata artist Gautam Pal, had attracted some opposition even at the time of its unveiling in 2006 because many felt Gandhi did not share strong links with the eastern England city with a large Indian expatriates population.

However, Leicester City Council had approved the application by Indian charity Samanwaya Pariwar, which had raised the funds for the memorial.

Leicester City Council said the petition will be considered as part of a wider review of the city''s statues, street and building names, which follows similar initiatives being undertaken by local authorities around the UK in the wake of anti-racism Black Lives Matter protests targeting statues with a dubious slave trade history.

"Although this petition has not yet been submitted to us, these representations will be considered as part of a wider conversation about the context, relevance and appropriateness of street names, statues and monuments in the city," a city council spokesperson said.

"In such a culturally-diverse city as Leicester, it's important that we respect the histories of all our communities and understand the context for the historical references that are part of our streetscape and built environment," the spokesperson said.

A similar petition against the unveiling of a Gandhi statue in the city of Manchester had also been launched last year, claiming the leader of the Indian independence movement had a "questionable racist" background.

The campaign was ultimately defeated as the statue in Manchester became the latest addition to the UK's many Gandhi statues, including two sculptures in London ~CHECK~ at Tavistock Square and Parliament Square - as well as one each in Leicester, Birmingham and Cardiff.

The steps below the sculpture at Parliament Square were recently targeted with graffiti during anti-racism protests in London last week.