The teen activist's tweet came hours after international pop icon Rihanna shared a news article that highlighted the government's latest crackdown on the agitating farmers by cutting off internet services in many regions. 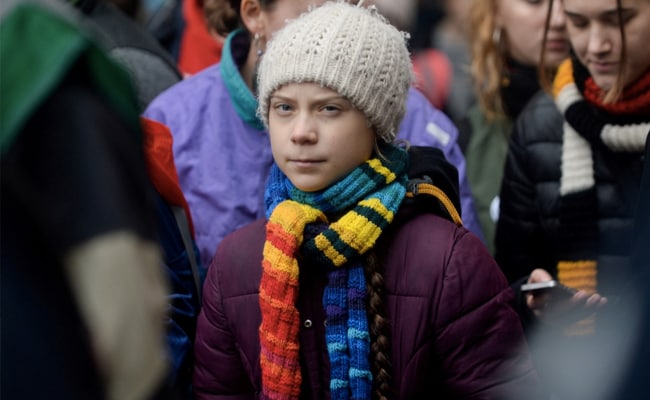 "We stand in solidarity with #farmersprotest in India", Greta Thunberg tweeted. (File)

Teen climate activist Greta Thunberg has extended her support to the farmers' protest at Delhi borders against the controversial agricultural laws.

"We stand in solidarity with #farmersprotest in India", Ms Thunberg tweeted late on Tuesday night.

We stand in solidarity with the #FarmersProtest in India.
https://t.co/tqvR0oHgo0

The teen activist's tweet came hours after international pop icon Rihanna shared a news article that highlighted the government's latest crackdown on the agitating farmers by cutting off internet services in many regions.

"Why aren't we talking about this?! #FarmersProtest," tweeted the 'Don't Stop The Music' singer. Within hours of her tweet, the singer gained another 1 lakh followers in the 100 million-plus Twitter fan-following.

The tweet sent the singer trending on Twitter with thousands of responses including one from actor Kangana Ranaut, an ardent supporter of the ruling BJP who has made no bones about her strong dislike for the farmers' protest that has challenged Prime Minister Narendra Modi.

No one is talking about it because they are not farmers they are terrorists who are trying to divide India, so that China can take over our vulnerable broken nation and make it a Chinese colony much like USA...
Sit down you fool, we are not selling our nation like you dummies. https://t.co/OIAD5Pa61a

The internet services in the Delhi border areas of Singhu, Ghazipur and Tikri - epicentres of the farmers' months-long protest against the centre's agriculture laws - were suspended on Saturday and the shutdown has been extended twice to be in force till at least 5 pm Wednesday.

Lakhs of farmers across India have on protest since September demanding the centre repeal laws they say will leave them at the mercy of large corporate firms.