Junaid Mattu, who had criticised the centre's handling of the Kashmir situation yesterday, was reportedly in the national capital for medical treatment. 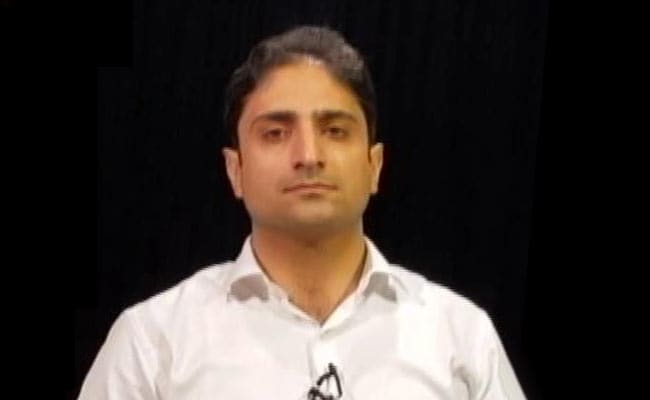 Junaid Azim Mattu had criticised the centre's handling of the Jammu and Kashmir situation.

Srinagar Mayor Junaid Azim Mattu was today put back under house arrest upon his return from New Delhi, where he had gone for medical treatment, reports said. The centre had restricted his movements in the days following its decision to scrap Jammu and Kashmir's special status on August 5.

In an interview with NDTV yesterday, Mr Mattu had criticised the ongoing clampdown on Kashmir and the detention of its political leaders. He claimed that while there may not be any bodies littering its streets, assuming that the region has returned to normal would be "highly unrealistic".

Mr Mattu, who is also the Jammu and Kashmir People's Conference (JKPCC) spokesperson, was particularly scathing in his condemnation of the centre's decision to place mainstream politicians in Kashmir under arrest as a "precautionary" measure. "Over the years, political activists in Kashmir have braved threats and violence by terrorist elements to survive in the mainstream. But today, they are hunted and hounded," he said.

The Srinagar Mayor had claimed that the centre was handling the Kashmir situation the wrong way. "Containing a sentiment in the aftermath of a radical decision by enforcing a clampdown doesn't mean that the situation is normal. The BJP government's policy of detainment seems to be a purely operational one," he said, adding that many families in the Valley were still unable to communicate with their loved ones.

According to Mr Mattu, scrapping Jammu and Kashmir's special status had caused an "existential crisis" because it formed the very basis of its identity. "We have always lived with a very palpable threat of violence, that's not a new scenario. But to use that to justify the withdrawal of fundamental rights... that's at the very core of alienation in Kashmir," he said.

The ruling BJP has justified the clampdown on Jammu and Kashmir, saying that such a step was "essential" to prevent terrorists from joining forces against the administration. "How do we cut off communications between terrorists and their masters on the one hand, but keep the Internet open for other people? I would be delighted to know," External Affairs Minister S Jaishankar had said in an interview with Politico recently.