Sridevi, Bollywood Legend, Condoled By PM, Others After Sudden Death

President Ram Nath Kovind, Prime Minister Narendra Modi, Vice President Venkaiah Naidu and many others tweeted their condolence messages over the actor's death. She is survived by husband and film producer Boney Kapoor and daughters Jahnvi and Khushi. 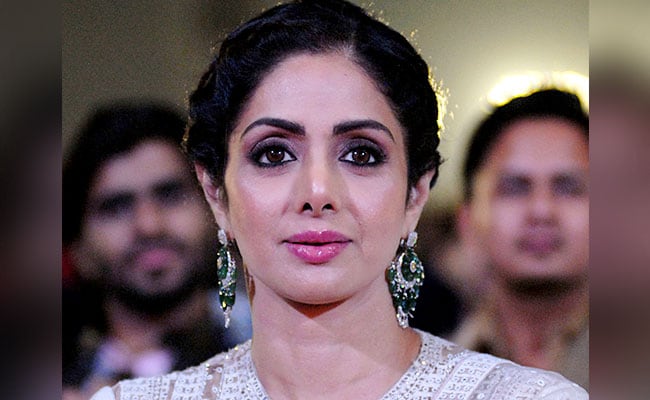 New Delhi: Bollywood thespian Sridevi passed away in Dubai today at the age of 54. She was in Dubai to attend her nephew and actor Sonam Kapoor's cousin Mohit Marwah's wedding when she suffered from a cardiac arrest. From personalities in Bollywood to political leaders, Sridevi's death has come as a shock for many. President Ram Nath Kovind, Prime Minister Narendra Modi, Vice President Venkaiah Naidu and many others tweeted their condolence messages over the actor's death. She is survived by husband and film producer Boney Kapoor and daughters Jahnvi and Khushi.

In a tweet condoling her death, President Kovind praised her as an "inspiration for other actors" and said that she "left millions of fans heartbroken". President Kovind also said his thoughts were with her family and admirers.

Shocked to hear of passing of movie star Sridevi. She has left millions of fans heartbroken. Her performances in films such as Moondram Pirai, Lamhe and English Vinglish remain an inspiration for other actors. My condolences to her family and close associates #PresidentKovind

Prime Minister Narendra Modi also took to Twitter to express his grief at Sridevi's passing, saying that he was "saddened" by her "untimely demise", praising her "long career" and adding that she "was a veteran of the film industry."

Saddened by the untimely demise of noted actor Sridevi. She was a veteran of the film industry, whose long career included diverse roles and memorable performances. My thoughts are with her family and admirers in this hour of grief. May her soul rest in peace: PM @narendramodi

Home minister Rajnath Singh also tweeted his own condolences over the actor's death, saying her death was "a big loss to the film industry".

"Anguished to learn of the sudden demise of veteran film actor Sridevi. She had a long and successful career in the film industry with several remarkable performances. Her demise is a big loss to the film industry. My thoughts are with her family and fans. May her soul rest in peace," Rajnath Singh said in the tweet.

Former actor and current Union Minister for Textiles and Information and Broadcasting Smriti Irani commended her as a "powerhouse of acting" and said her success came "to a sudden end".

Sridevi - a powerhouse of acting , a long journey embellished with success comes to a sudden end. My condolences to her loved ones and fans.

Vice President M Venkaiah Naidu condoled her death on Twitter by saying she was "an extremely versatile and talented film star, who acted in Telegu, Hindi and other South Indian languages".

Promoted
Listen to the latest songs, only on JioSaavn.com
In his condolence message, veteran actor turned politician Kamal Haasan recollected the film 'Sadma', said to be one of Sridevi's most challenging roles as an actor. In the movie, she plays the character of an amnesiac, who was sold to a brothel, and rescued by her co-star, Kamal Haasan.

In his tweet, referencing an iconic scene from the movie, said that after her death, he was now "haunted" by "Sadma's lullaby".

In a career that started at the age of four, spanned four decades, she acted in almost 300 films as diverse as 'Chaalbaaz', 'Chandni', Mr India', 'English Vinglish' and 'Mom'. She was also felicitated with India's fourth highest civilian honour, the Padma Shri, in 2013.