Priyanka Chopra was one of the first ones to pay tribute to the actress on the microblogging site. "I have no words. Condolences to everyone who loved #Sridevi . A dark day . RIP," she wrote. 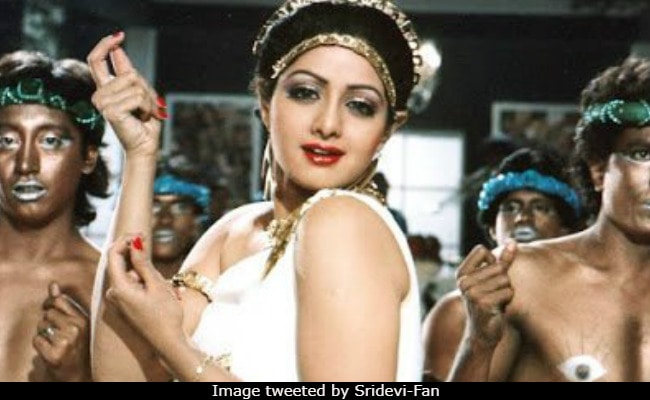 The veteran actor was 54. She reportedly died of cardiac arrest. (File)

Sridevi died at age 54 in Dubai reportedly after cardiac arrest. As the news of her death broke, Twitter was soon flooded with condolences from Bollywood actors and politicians, while many of her fans refused to believe the shocking news.

Priyanka Chopra was one of the first ones to pay tribute to the actress on the microblogging site. "I have no words. Condolences to everyone who loved #Sridevi . A dark day . RIP," she wrote. She later posted another tweet.

Remembering her, Sridevi's co-actor in "Sadma" and actor-turned politician, on the micro-blogging site, said, "Have witnessed Sridevi's life from  an adolescent teenager to the magnificent lady she became. Her stardom was well deserved. Many happy moments with her flash through my mind including the last time I met her. Sadma's lullaby haunts me now. We'll miss her."

Like many of her fans, Rajinikanth tweeted the actor "will be missed".

The veteran actor's death evoked an emotional reaction from Sushmita Sen, who in a tweet, said, "I just heard Ma'am Sridevi passed away due to a massive cardiac arrest. I am in shock...cant stop crying..."

Promoted
Listen to the latest songs, only on JioSaavn.com
"Gone way too soon...." tweeted Neha Dhupia.

So heartbreaking to hear about #Sridevi ma'am ... we just lost our finest .... gone way too soon.... pic.twitter.com/VXrEZQlh7u

Among other actors who tweeted about Sridevi's death were Johny Lever, Preity Zinta, Richa Chadha and Jaaved Jaaferi.

Deeply saddened and shocked to hear about #Sridevi Ji. My prayers and condolences to the family.

Life is so fragile & unpredictable ! You will always live in our hearts forever . #RIPSridevi#Chandanipic.twitter.com/mQl7ou8eze