Sarbananda Sonowal served as a Minister of State for Sports and Youth Affairs from 2014 to 2016 in the first term of the Narendra Modi government. 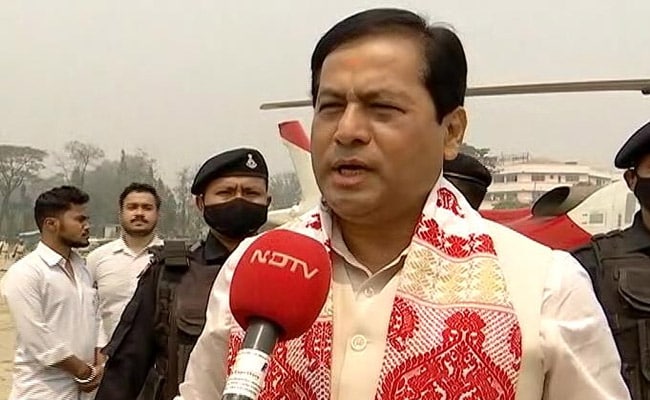 Sarbananda Sonowal served as Assam Chief Minister from 2016 to 2021. (File)

Amid speculation that Prime Minister Narendra Modi is set to expand his cabinet, word is doing the rounds that former Assam Chief Minister Sarbananda Sonowal may get a ministerial berth in Delhi.

Mr Sonowal went to the national capital Friday. A BJP insider said he will be holding meetings with the top leaders in the party's high command during his visit.

Mr Sonowal had served as a Minister of State for Sports and Youth Affairs from 2014 to 2016 during the first term of the Narendra Modi government. He took over as Chief Minister of Assam after the BJP's Assembly poll victory in 2016.

In the state polls held earlier this year, the BJP-led alliance returned to power in Assam. But Himanta Biswa Sarma, and not Mr Sonowal, took over as Chief Minister.

Ahead of his visit to Delhi, Mr Sonowal met Defence Minister Rajnath Singh at a reception hosted by Assam Governor Jagdish Mukhi at Raj Bhavan. The meeting was "formal and politics was not discussed", said a close aide of the former Chief Minister. Mr Sarma was also present at the reception.

There has been speculation that Mr Sonowal, who belongs to Assam's indigenous Sonowal-Kachari tribe, was called by the party leadership to the national capital for consultations ahead of a possible reshuffle in the Union cabinet.

Mr Sarma recently said that before he was given the Chief Minister post, BJP president J P Nadda had said Mr Sonowal would be given a new responsibility.

A source said Mr Sonowal had run the government in Assam "successfully for five years and helped the party return to power so there is a possibility of him being suitably rehabilitated".

The day Mr Sarma was sworn in as the Chief Minister, Prime Minister Modi had appreciated Mr Sonowal's tenure.

"My valued colleague @sarbanandsonwal Ji was at the helm of a pro-people and pro-development administration over the last five years. His contribution towards Assam's progress and strengthening the party in the state is immense," the Prime Minister had tweeted.