Special Police Officer Kidnapped By Terrorists In Jammu And Kashmir

State police chief SP Vaid said they are verifying reports of the kidnapping, which happened a few days after a police constable was kidnapped in Kulgam 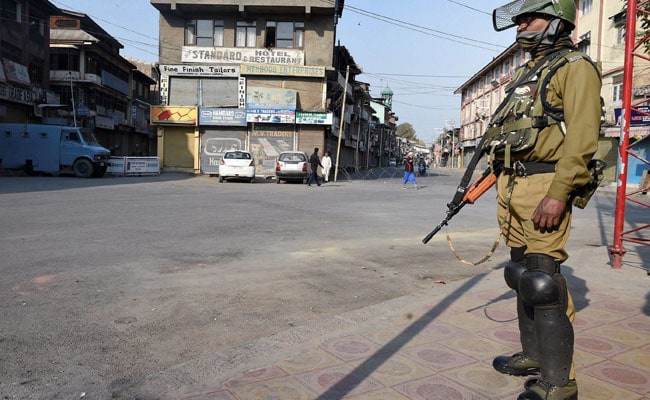 A police staffer has been kidnapped by terrorists in Jammu and Kashmir's Pulwama district, the police said today. State police chief SP Vaid said they are verifying reports of the kidnapping, which happened a few days after a police constable was kidnapped and killed in Kulgam.

The relatives of the special police officer or SPO, who has been working as a cook, said he has gone to his aunt's house.

SPOs are special police officers who help the police in day-to-day and anti-terrorism operations. They are not regular employees of the police force.

Jammu and Kashmir has seen several kidnappings of people in the security forces in recent times. Security analysts say the terrorists are targeting individuals to deter them from joining the police and the military.

After the Kulgam kidnapping and murder of a police constable who had come home on leave from his training centre in Jammu, the army and police had shot dead three terrorists within 12 hours.

Earlier this month, police constable Javed Ahmad Dar was kidnapped from his village in Shopian and killed by terrorists.

Last month, army jawan Aurangzeb was kidnapped and killed in Pulwama when he was going home for Eid.

The swift operation against the Kulgam terrorists was a clear signal to those targeting security personnel on leave that they will be dealt with quickly.

"One after the other, our security forces are successfully moving ahead in their anti-terrorism operations, but killings of local security personnel can be a conspiratorial design to discourage the local Kashmiri youth to join the security forces," Minister of State in the Prime Minister's Office Jitendra Singh had said.