Virbhadra Singh died at a Shimla hospital in the early hours of Thursday after prolonged illness. He was 87. 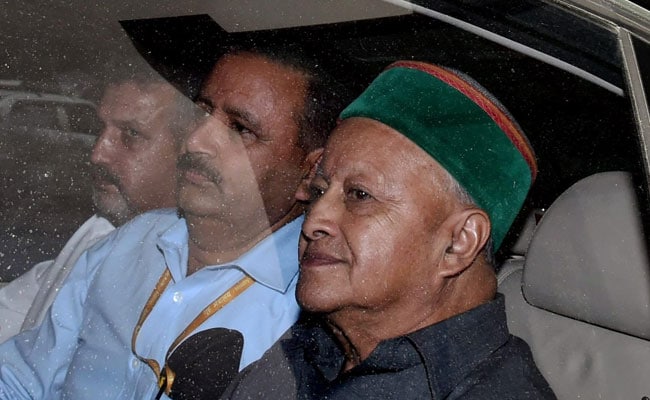 Former Himachal Pradesh chief minister Virbhadra Singh was one of the Congress' tallest stalwarts, party president Sonia Gandhi said on Thursday while condoling the death of the veteran leader.

Mr Singh died at a Shimla hospital in the early hours of Thursday after prolonged illness. He was 87.

Expressing her deepest condolences, Ms Gandhi said the veteran Congressperson leaves behind a legacy of nearly six decades of service to the people of Himachal Pradesh and the nation.

A six-time chief minister and former Union minister, he had the opportunity of working with many stalwarts through different generations, she said.

"Popular for his affable and grounded nature, he remained close to people brought about far reaching positive changes through his administrative acumen," she said in her condolence message.

"He was one of the tallest stalwarts of the Congress Party and remained a dedicated Congressperson throughout," she said.

The Congress chief underlined that Mr Singh's contribution to the party, as indeed to the state and the country will be valued and cherished forever.

He had suffered from a heart attack on Monday and had been critical since then. He was put on ventilator support on Wednesday after he had breathing problems.

The nine-time MLA and five-time MP is survived by wife Pratibha Singh and son Vikramaditya Singh.