On Sunday, RSS chief Mohan Bhagwat had said that cases of divorce were found more in educated and affluent families, and he had argued that education and wealth came with arrogance, which destroyed families. 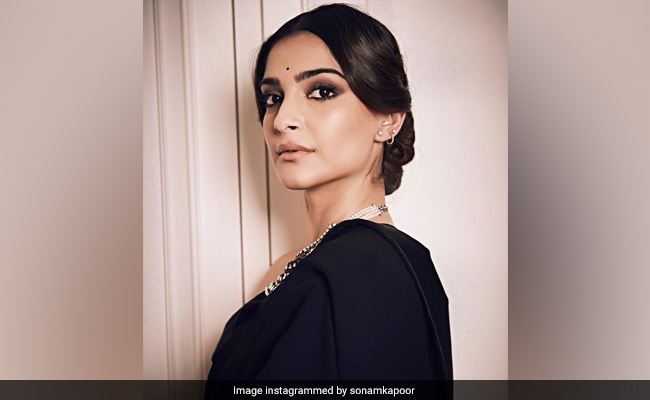 "Which sane man speaks like this? Regressive foolish statements," Sonam Kapoor tweeted, responding sharply to the news report on the RSS chief's comments.

On Sunday, Mohan Bhagwat had said that cases of divorce were found more in educated and affluent families, and he had argued that education and wealth came with arrogance, which destroyed families. He also said there was "no alternative to a Hindu society in India". India "has no option other than a Hindu society and Hindu society has no option but to behave like a family," he added.

"Nowadays the number of divorce cases has increased a lot. People fight over trivial issues. The cases of divorce are more in educated and affluent families, because with education and affluence comes arrogance, as a result of which families fall apart. The society also falls apart because society is also a family," Mr Bhagwat was quoted as saying in a statement issued by the RSS, which is the ideological mentor of the BJP.

Addressing a gathering of RSS workers and their families, the RSS leader also argued against confining women in homes, saying society was different 2000 years ago and had flourished.

"The condition of the society is because of the customs that have been practising here for the last 2,000 years. Women we have here were confined to homes. This was not the case 2,000 years ago. That was the golden age of our society," Mr Bhagwat said. He urged RSS swayamsevaks to tell their family members about their activities in the Sangh, "because many times women members of the family have to carry out more painful work than us to ensure that we can do what we do."

He never married, so he can say anything ... That's the point...

Education gives us independence, so instead of being stuck in a loveless marriage , people opt to get out of it. Should swap arrogance with financial independence.

This is official data.try to search data. it's reality.

You can never be equal to a grain of Mohan Bhagwat Ji's being. So stop passing comments.

The 34-year-old actor, last seen in "The Zoya Factor", is known to be outspoken on social media.