Somnath Chatterjee died today morning in Kolkata; he was 89

Somnath Chatterjee is no more. The former Lok Sabha Speaker and expelled member of the CPM died just after 8 am today at a hospital in Kolkata. He had been in and out of hospital since June-end after suffering a stroke. Mr Chatterjee had celebrated his 89th birthday on July 29.

Lok Sabha Speaker from 2004 to 2009, Mr Chatterjee was a member of the Communist Party of India (Marxist) for 40 years since 1968, represented the party 10 times in parliament, and was acknowledged as one of its most brilliant ever.

He may have owed his oratorical skills to his training in England where, after a Masters in Law from Cambridge University, he was called to the bar from Middle Temple in London.

He lost only one election in his lifetime -- to Mamata Banerjee from the Jadavpur constituency in 1984.

In 2008, he did something even his friend Jyoti Basu did not. He defied the party diktat. When the CPM withdrew support to the UPA-1 government, the party ordered Mr Chatterjee to step down from the post of Lok Sabha Speaker so he could vote against the government. 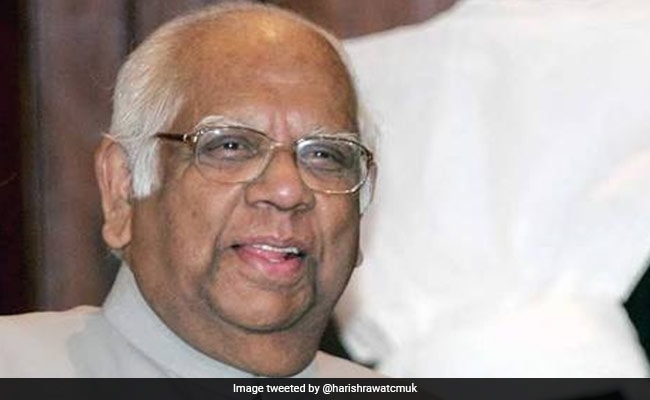 Former Lok Sabha Speaker Somnath Chatterjee is survived by his wife, a son and a daughter

Mr Chatterjee did not. He contended that as Speaker, he was above party politics. If he quit because the CPM told him to, the integrity of the Speaker's independent stature would be compromised.

And so he was expelled by the CPM. Somnath Chatterjee held his silence initially. But finally spoke out to say "that was the saddest day of my life".

He is survived by his wife, a son and a daughter.

His legacy? The independence of the Lok Sabha Speaker's chair. And his private adherence to the principles that he espoused in public life. A comrade to the end -- if not in name, certainly in spirit.