Solution to All Problems Lies in Dialogue, Says PM Modi 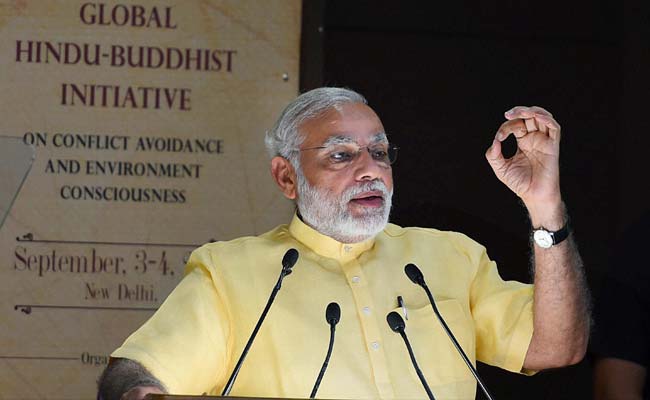 PM Modi was speaking at the three day event organised by the Vivekananda International Foundation.

PM Modi said, "Intolerant non-state actors now control large territories where they are unleashing barbaric violence on innocent people... The severe limitations in our conflict resolution mechanisms are becoming more and more obvious. It is, thus, no surprise that the world is taking note of Buddhism."

PM Modi said that the world should shift from the path of ideologies, which close the gates for dialogue, to avoid conflict.

He said, "Ideology only believes in unabated truth. So ideologies which close the gates for dialogue have the propensity for violence while philosophy seeks to avoid it through dialogue... Hindu and Buddhist religions are in that sense more philosophies and not just belief systems. It is my firm belief that the solution to all problems lies in dialogue."

The Prime Minister also spoke for the need for power to come through strength of ideas and effective dialogue which does not produce any anger or retribution, rather than just force.

Additional Forces For Punjab Ahead Of Operation Blue Star Anniversary