Solider Killed In Pak Firing At Line Of Control: Army

An Army spokesperson said "unprovoked firing" from across the border started at around 6.30 am and continued intermittently throughout the day. 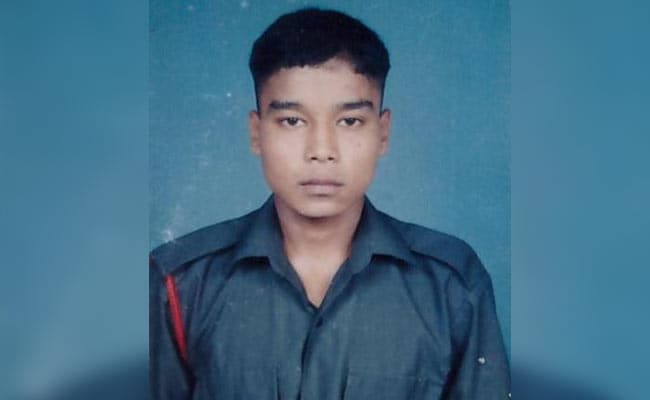 Lance Naik Thapa is survived by his wife Nisha Thapa.

A soldier was killed on Saturday as Pakistan violated ceasefire by shelling forward posts and villages along the Line of Control (LoC) in Rajouri district, prompting strong response from the Indian Army which inflicted casualties and heavy damage to Pakistan Army posts, a defence spokesman said.

He said the "unprovoked firing" from across the border started at around 6.30 am and continued intermittently throughout the day.

"Indian Army responded strongly and effectively. Heavy damage to Pakistan Army posts and casualties to Pakistan soldiers have been inflicted by our troops," he said.

The latest ceasefire violation comes two days after Pakistan claimed that its four soldiers were killed in firing by Indian troops on their posts along the LoC.

"Lance Naik Thapa, who is survived by his wife Nisha Thapa, was a brave, highly motivated and sincere soldier. The nation will always remain indebted to him for the supreme sacrifice and devotion to duty," the spokesman said

Last month, two Army personnel and a 10-day-old baby were killed and several civilians injured in heavy Pakistani shelling and firing in the twin districts of Poonch and Rajouri in Jammu region.