Snubbed By PM Modi, Bihar Protests 'High-Handedness' Of His Securitymen 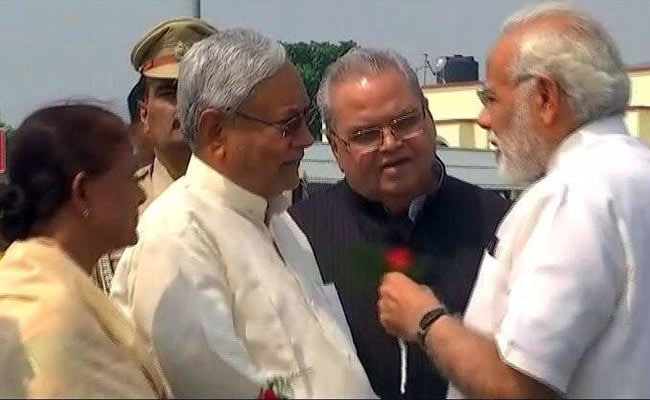 Patna: The Bihar government has protested what it calls the high-handedness of the Special Protection Group of the Prime Minister Narendra Modi - in writing.  The government has sent a letter to Centre, saying the securitymen had overstepped their jurisdiction in stopping the Chief Minister's car on the tarmac when he had gone to the Patna airport to receive the Prime Minister on Saturday.

At the event to celebrate the University's centenary, PM Modi said, "I have come here with an invitation to PU and all universities of India to take up the challenge (of competing globally). It is much bigger than what central university status can offer."

The comment was seen as an indirect refusal and a loss of face for the Chief Minister. Nitish Kumar has refused to comment on the matter, saying people were free to draw their own conclusions.

In the evening, the Bihar government sent its letter of protest, detailing the acts of SPG officials, sources said. The letter also said it was beyond the mandate of the SPG and in violation of the blue book that lays down the security protocol for VVIPs including the prime minister.

Sources said the government is also upset with the way senior police and administrative officials were questioned by SPG, which they feel amount to interference in the work and overstepping their jurisdiction.

Sources in the central agencies, however, said the state government  is overreacting. The car, they said, was stopped when they saw Nitish Kumar's principal secretary inside. No one had informed the SPG that he would be accompanying Mr Kumar and the securitymen were not taking any chances.

The Prime Minister's security team  forms the inner ring around him and controls access to maintain a sterile zone in the immediate vicinity. The securitymen have the powers to stop anyone to keep the Prime Minister. Coordination meetings are held in advance and security clearance is given to avoid any faux pas.
Comments
Nitish KumarNarendra ModiBihar