Last year that the snow leopard improved from 'endangered' to 'vulnerable' in terms of conservation status. 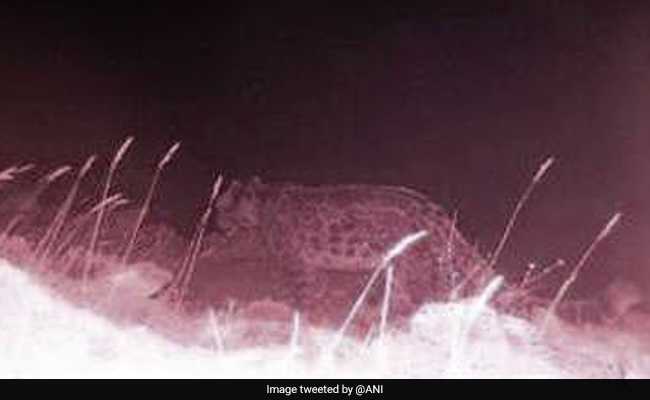 Snow leopard was captured by a camera-trap installed by the state wildlife department.

A snow leopard was spotted at a height of about 4,000 metres in Lippa-Asra wildlife sanctuary in Kinnaur district of Himachal Pradesh. The rare sighting was captured by a camera-trap installed by the state wildlife department.

The camera trap was installed in May this year, along with eight others at selected sites in the sanctuary after a preliminary survey.

It was only last year that the snow leopard improved from 'endangered' to 'vulnerable' in terms of conservation status. The recent findings have ascertained that snow leopards are inhabiting new areas.

"We heard about the presence of the elusive big cat from the shepherds and villagers, but could scarcely believe what they saw as we were analysing the results of what showed up on the monitor (of the camera-trap)," said Divisional Forest Officer, Kunal Angrish.

During the survey, two brown bears were snapped through another camera-trap placed inside the sanctuary at an altitude of about 3200 m.

Apart from these highly protected Schedule 1 species, presence of 53 species of birds was also recorded in the sanctuary during the survey.