"She survived when most crumble," wrote Smriti Irani. 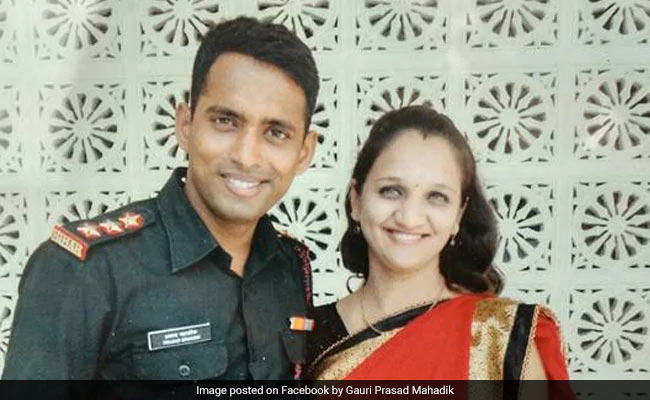 Union Minister Smriti Irani took to Instagram on Wednesday to share a tribute to Gauri Prasad Mahadik, the widow of Major Prasad Ganesh who died in a fire accident near the India-China border in 2017. After her husband's death, Ms Mahadik decided to quit her job and serve in the Army.

"I am a qualified lawyer and company secretary and was employed in a job but after the death of my husband, I left the job and started preparing for the armed forces. I was determined to join the army as a tribute to my husband and the uniform which I will wear after commissioning will become ours...mine and my husband," Ms Mahadik was quoted as saying by the news agency ANI at the time.

In March this year, Gauri Prasad Mahadik joined the Indian Army as a lieutenant after graduating from the Officers' Training Academy, reports Hindustan Times.

Ms Irani shared her extraordinary story in an Instagram post one day ago, hailing her as an example of the strength of Indian women. "She survived when most crumble," wrote Ms Irani, 44, while sharing snippets of an interview with Ms Mahadik. "A story I found online, makes me proud that she lived to tell the tale of the true potential of an Indian woman," she added.

Ms Irani concluded her post by requesting her followers to tell Ms Mahadik, if they ever saw her, how grateful they are for her service and sacrifice.

A story I found online, makes me proud that she lived to tell the tale of the true potential of an Indian woman. If you ever see her, tell her & many like her - we are grateful for your service & sacrifice????????

Ms Mahadik, who married Major Prasad in 2015, cleared the Services Selection Board (SSB) exam with flying colours in the widow category, in her second attempt. She competed with 16 candidates during the examinations and emerged as the top ranker.

Speaking about her decision to join the Army, she said in a 2019 interview to Humans of Bombay: "I decided that I couldn't keep crying. That would be an insult to his memory. So, I decided to join the army and live his dream for him.

"My life is for our country and I will defend it until the day I die."