Wife Of Major Killed In Fire Set To Join Army. It's Her Tribute

Gauri Prasad Mahadik, who married Major Prasad in 2015, lives with her in-laws in Mumbai's Virar area. 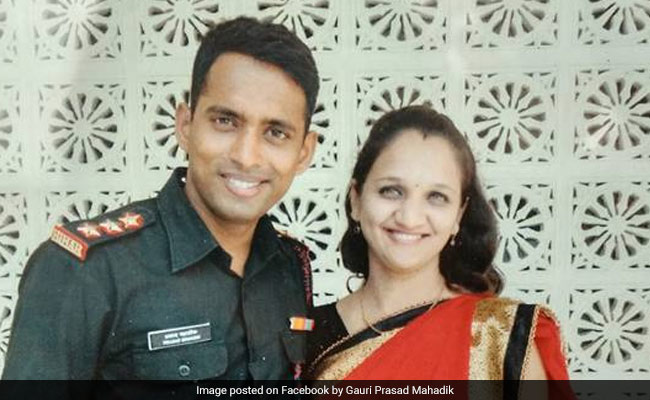 Gauri Prasad Mahadik's world came crashing down in 2017 when Army Major Prasad Ganesh died in a fire accident near the India-China border. She decided to quit her job and serve in the Army. A year later, she is all set to join the Officers Training Academy.

"I am a qualified lawyer and company secretary and was employed job but after the death of my husband I left the job and started preparing for the armed forces. I was determined to join the army as a tribute to my husband and the uniform which I will wear after commissioning will become ours...mine and my husband," Ms Mahadik was quoted by the news agency ANI as saying.

Ms Mahadik, who married Major Prasad in 2015, lives with her in-laws in Mumbai's Virar area. She cleared the Services Selection Board (SSB) exam with flying colours in the widow category, in her second attempt. She competed with sixteen candidates during the examinations and emerged as the top ranker.

She is set to join the Officers Training Academy (OTA) of the Indian Army in Chennai this April. She will undergo 49 weeks of training.

After completing a one-year mandatory training at the academy, Ms Mahadik, 31, will be inducted into the army as a lieutenant.

Talking about her decision to quit her career to join the Army, she said she couldn't just sit and cry and she wanted to make her husband proud.

"He always wanted me to be happy & smiling. I decided I'll join the forces, I'll wear his uniform, his stars on our uniform. Our uniform because it will be his and my uniform," she said.