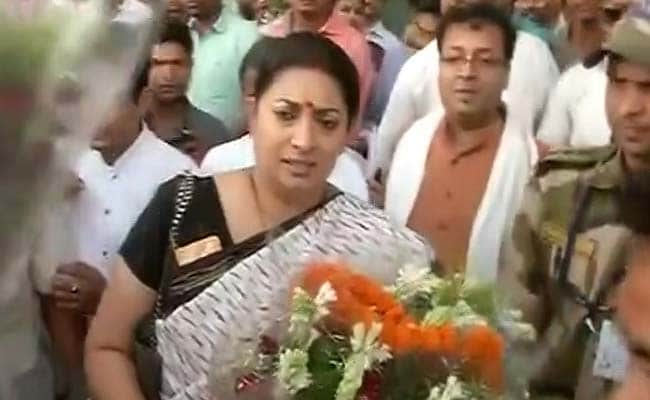 Union minister Smriti Irani in Lucknow on her way to Amethi in Uttar Pradesh.

New Delhi: Human Resource Development Minister Smriti Irani on Saturday waived the registration fees for two brothers from Pratapgarh in Uttar Pradesh who cleared the IIT entrance exams but did not have money to pay the fees.

"Informed family that registration fees will be waived off and will be eligible for scholarships that cover tuition, mess and other charges," the minister posted on Twitter, replying to a tweet by a user urging the government to help the boys.

A daily wager's sons - Raju (18) and Brajesh (19) - made it to the top 500 positions in the Indian Institute of Technology (IIT) entrance examination but did not have Rs.1 lakh for admission into the premier institute.

Dharamraj, the father of the two siblings, hails from Rehua-Lalganj in Pratapgarh. Both brothers cleared the IIT test at 167 and 410 positions, but were unable to secure admission due to lack of funds.
Comments
Smriti IraniIIT entrance examHRD MinistertwitterIIT scholarships