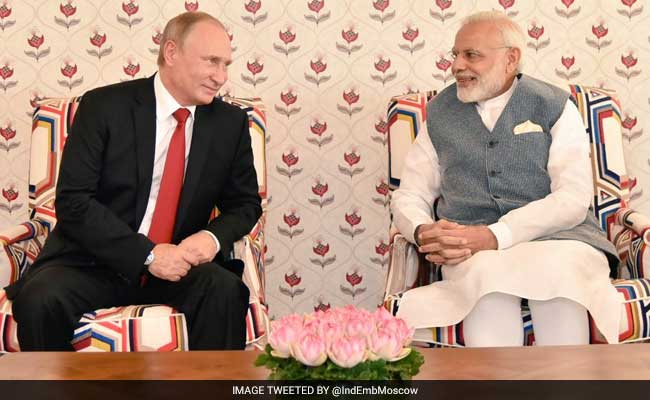 New Delhi: Prime Minister Narendra Modi will seek to repair India's drifting partnership with Russia when he meets President Vladimir Putin this week in the third leg of his four-nation tour of Europe that begins today. The two leaders will look to stem a decline in trade and resolve tensions over their shifting global alliances when they meet on Thursday ahead of a summit in Saint Petersburg. PM Modi has already reached Germany, where he meets Chancellor Angela Merkel over a private dinner at her official country retreat in Meeseberg tonight.