Climate change report: Countries like India, with large populations dependent on the agricultural and fishery sectors, would be highly impacted, the CSE said 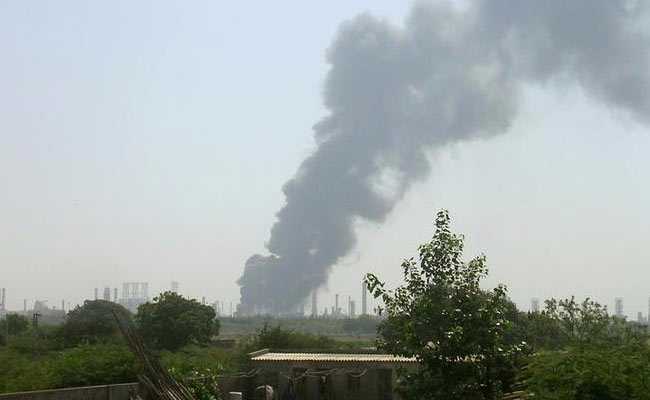 The IPCC climate change report makes it clear that the world will see greater sea level rise, higher frequency of droughts, floods and heatwaves, and countries like India with a large population dependent on agricultural and fishery would be the most affected, a Delhi-based environment think-tank said today.

The UN's Intergovernmental Panel for Climate Change or IPCC report makes it clear that the impact of 1.5 degree Celsius warming is greater than what was anticipated earlier, while the impact at 2 degree Celsius is "catastrophic" for the poor and for developing nations like India, the Centre for Science and Environment or CSE said.

"The world needs a 'Plan B' to address climate change. India must take the lead in forming a global coalition for a 1.5 C world to save its poor and vulnerable population," CSE said.

"Even at a little over 1.0 C warming, India is being battered by the worst climate extremes -- it is clear that the situation at 1.5 C is going to worsen. The new report from IPCC has served us a final warning that we must get our act together -- now and quickly," said Sunita Narain, Director General, CSE.

CSE Deputy Director General Chandra Bhushan said the report makes it clear that the impact of 1.5 C warming is greater than what was anticipated earlier.

"Accordingly, the world would witness greater sea level rise, increased precipitation and higher frequency of droughts and floods, hotter days and heatwaves, more intense tropical cyclones, and increased ocean acidification and salinity... Countries like India, with large populations dependent on the agricultural and fishery sectors, would be highly impacted," he said.

Avoiding global climate chaos will require a major transformation of society and the world economy that is "unprecedented in scale," the UN said today in its landmark report.

At current levels of greenhouse gas emissions, the world could pass the 1.5 degree Celsius marker as early as 2030, and no later than mid-century, the UN's Intergovernmental Panel for Climate Change or IPCC reported with "high confidence".

The US is the "biggest" obstacle to forming a global coalition to fight climate change and the world needs to unite against the "obstructive approach" of the US, the CSE said, while asserting that Paris Agreement and the United Nations Framework Convention on Climate Change or UNFCCC cannot be the only way ahead to address the climate change.

Coastal nations and agricultural economies like India would be the worst affected, the report said, adding decline in crop yields, unprecedented climate extremes and increased susceptibility could push poverty by several million by 2050.

"The goal of climate change now must be firmly fixed to 1.5 C to give the communities and nations a fighting chance to avoid the worst impacts of climate change. India must take the lead in creating a global coalition in this endeavour," said Mr Bhushan.

CSE said the UN report also makes it clear that the current level of climate ambition, as set out under the Paris Agreement, will lead to disastrous effects on the planet as it is not in line with limiting warming to even 2 degree Celsius.

With inadequate climate efforts, global warming is likely to reach 1.5 degree Celsius between 2030 and 2052.