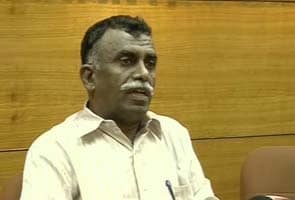 "None of the evidneces provided by me have been considered by the SIT for reasons known to them" Sreekumar said at a meet the press programme organised by Press Club here.

Reacting to the reports that SIT had given a clean chit to Gujarat Chief Minister Narendra Modi in connection with riot cases, Sreekumar said the leaked information was 'credible'.

SIT did not follow the proceedures, Sreekumar said adding he was consulting with lawyers the possiblity of approaching Supreme Court on the matter again.

Sreekumar said 35 pages of evidences on what happened in Gujarat during the riot in 2002 was submitted to the SIT. But, the chose to ignore the same, he said.

As per the law also, there was no provision to record the statements, he said.

However, he said if justice was not delivered to the victims, the most unhappy people would be the moderate Muslims.

It was not proper to discredit the NGO run by social activist Teesta Setalvad fighting for riot victms, he said to a question.

Promoted
Listen to the latest songs, only on JioSaavn.com
Referring to the WekiLeaks recent exposure that Lashkar-e-Toiba had planned to attack Modi, Sreekumar said, "Modi is a threatened person." The threat of LeT was very much there, Sreekumar, who worked in various capacity in Gujarat police force, said.

To a question on the popularity of Modi in Gujarat, he said Modi survived through caste wave and sub-nationalism of Gujarat people.