New Delhi: A week after Navy Chief Admiral Lanba said the ex-flagship of the Indian Navy, Viraat, will be sold for scrap within four months, NDTV has learned that the Maharashtra government has a Plan B. Sources say the state is interested in acquiring the aircraft carrier and sinking her to form an "underwater memorial" off the Sindhudurg coast, 500 kms south of Mumbai.

"The proposed memorial will become an artificial reef and is expected to be a world-class scuba diving site. This will help to boost tourism not only in Sindhudurg but also in Ratnagiri," says a proposal from the state's tourism department, accessed by NDTV.

On March 6, a day before the warship was decommissioned after nearly six decades in operation, the Navy Chief told NDTV that he did not want the INS Viraat to linger indefinitely in the hope that a state government would come forward to acquire her. He did, however, suggest, "One proposal could be that we convert her into a marine museum by taking her to one of our major tourist harbors and sink her in the water and make her into a dive site where some aircraft carriers have been put to rest also. She would be there as a legacy."

Maharashtra's plan is to "keep the name and existence of INS Viraat in history by creating the world's second largest underwater memorial and artificial reef,'' according to the note from its tourism officials. NDTV has also learned that Maharashtra Chief Minister Devendra Fadnavis has been briefed on the proposal and the state government is likely to write to the Ministry of Defence, making a firm offer to take over the ship within days. 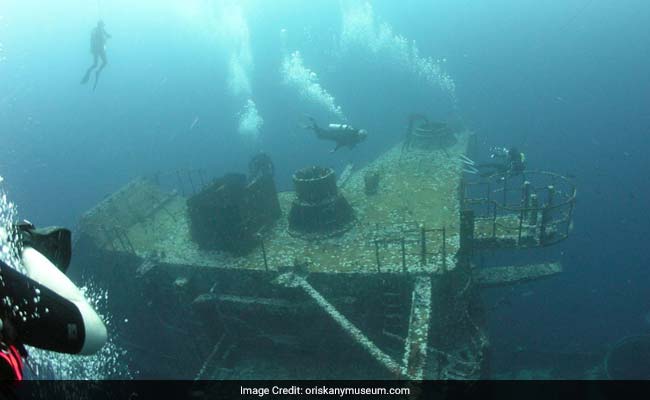 In 2006, the US had sunk a retired aircraft carrier, the USS Oriskany, to create an artificial reef

What has been suggested by experts to the Maharashtra government is to sink the Viraat 24 kms West of Vijaydurg in a part of the Arabian Sea where the waters are crystal clear.  She would be sunk, using explosives, at a depth of approximately 50 metres and would be accessible to scuba divers of varying levels of experience. The mast of the ship would be just 10 metres beneath the surface of the sea.  The underwater memorial, the proposal says,  could generate employment for over 500 youth and indirect employment for over 4000 people.

Once harmful asbestos and wiring is removed from old warships, a process that could take up to a year, the Viraat could eventually also become a sanctuary for marine life in the region. Sunken ships create a diverse marine habitat that supports marine life and creates a micro eco-system.

"Wreck diving" is considered one of the biggest attractions in scuba diving and is rarely offered in India by scuba diving operators.

Promoted
Listen to the latest songs, only on JioSaavn.com
In 2006, the US had sunk a retired aircraft carrier, the USS Oriskany, off the coast of Florida to create the largest artificial reef of its type. In fact, several ships have been sunk off Florida, which reportedly earns the state government $95 million dollars annually through revenue from tourists.

The Navy's decision to scrap the Viraat comes after the Andhra Pradesh government appeared to develop cold feet after proposing that it would convert her into a floating hotel and museum, a venture that could have cost as much as 1,000 crores.