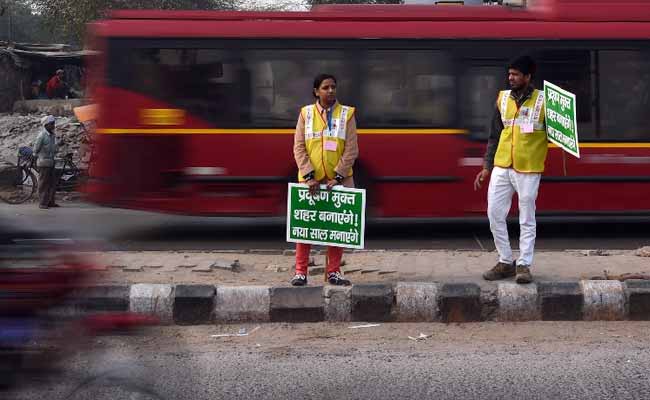 The odd-even scheme was launched in the national capital earlier this year with view of curbing the air pollution. (File photo)

New Delhi: With the odd-even scheme set to return from April 15, the Central government today played down its impact on air pollution, saying a single factor or action cannot substantially reduce pollution levels in the national capital.

Union Environment Minister Prakash Javadekar, in a written reply in the Lok Sabha, said a comprehensive set of actions following an integrated approach is required to make substantial improvement in air quality.

He said the Central Pollution Control Board (CPCB) had assessed the impact of odd-even scheme launched by Delhi government from January 1-15 this year.

"The assessment of CPCB revealed no clear trend and wide fluctuations were observed in the concentrations. It is evident that the meteorology and emissions from other polluting sources have been major factors impacting air quality of Delhi during the period. Higher wind speeds and mixing height in general results in better dispersion and lower pollution levels," Mr Javadekar said.

"Overall it can be stated that while some reduction in air pollution is likely to happen due to odd-even scheme, a single factor or action cannot substantially reduce air pollution in Delhi. Therefore, a comprehensive set of actions following an integrated approach is required to make substantial improvement of air quality," the minister said.

He said the decision on implementation of odd-even scheme is within the purview of the state or Union Territory government.

Asserting that an overwhelming majority of respondents were in favour of the vehicle-rationing scheme, Delhi Chief Minister Arvind Kejriwal had earlier announced that the second phase of the odd-even scheme will be implemented in the city from April 15 to April 30.

He had said government was "seriously deliberating" on the idea of enforcing the scheme every month for a fortnight, while admitting the city's public transport was not capable of handling the resultant passenger rush.
Comments
Odd-Even Planodd-even car formulaodd-even Delhiodd-even pollution