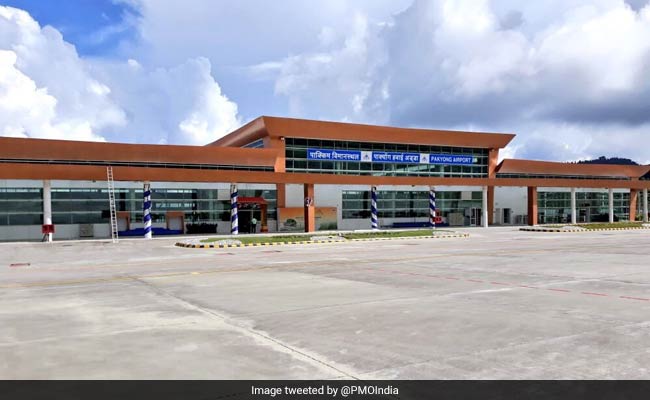 Prime Minister Narendra Modi inaugurated the first airport in Sikkim at Pakyong today. PM Modi arrived in Sikkim on Sunday evening on a two-day visit to the state. The prime minister said the Sikkim airport will improve connectivity, benefiting the people of the state. Sikkim's dream of having an airport will come true nine years after a foundation stone of the greenfield airport was laid, around 33 km from Gangtok, in 2009. PM Modi reached Sikkim after launching the Ayushman Bharat- National Health Protection Mission from Ranchi on Sunday.

The airport is spread over 201 acres and is located on top of a hill about 2 km above Pakyong village at 4,500 feet above sea level, Sikkim Chief Secretary A K Srivastava said. The airport was constructed by the Airports Authority of India and at present, the nearest airport from Sikkim is located 124 km away in Bagdogra in West Bengal.

Here are the highlights of the Sikkim Airport inauguration: 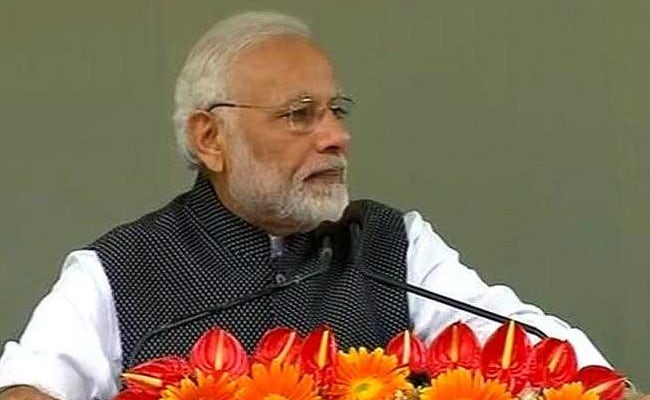 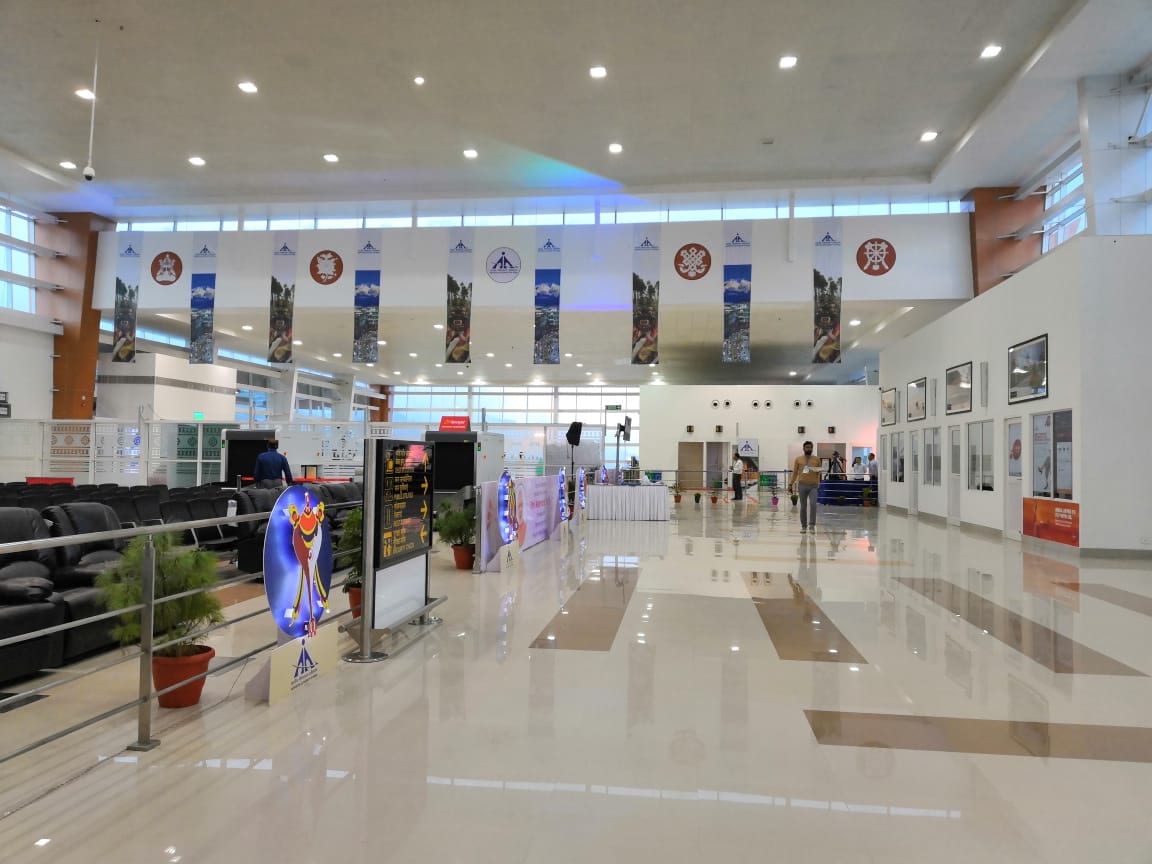 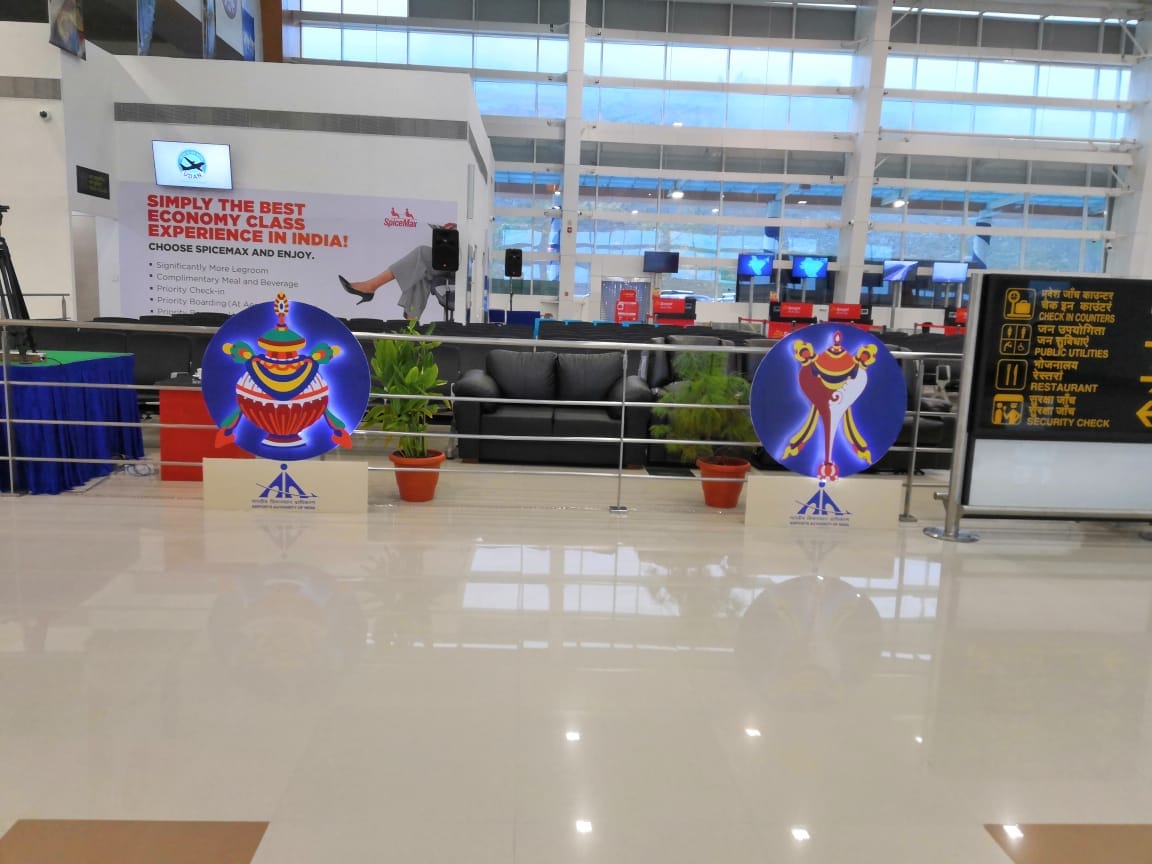 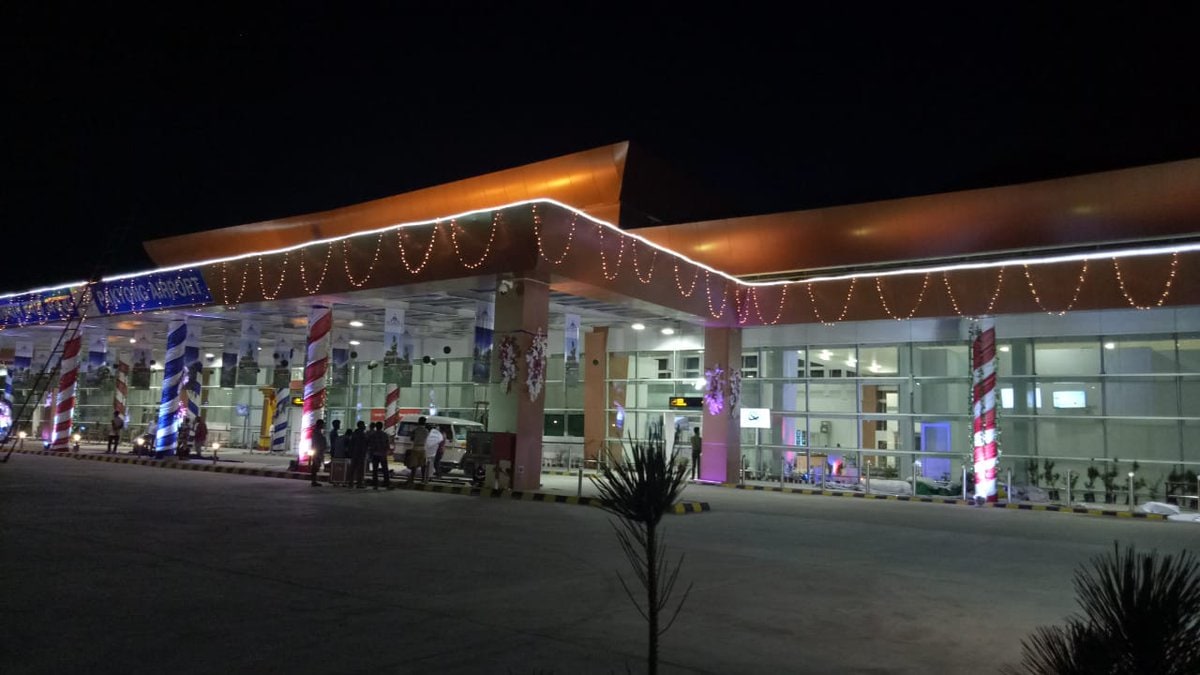 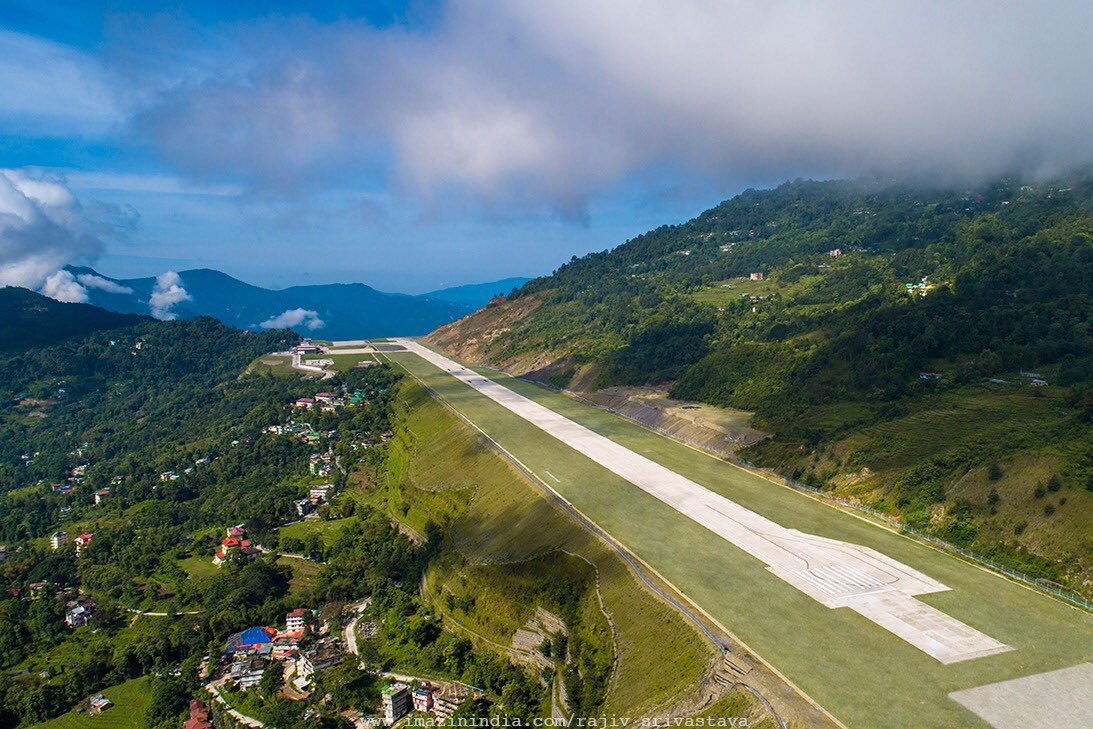 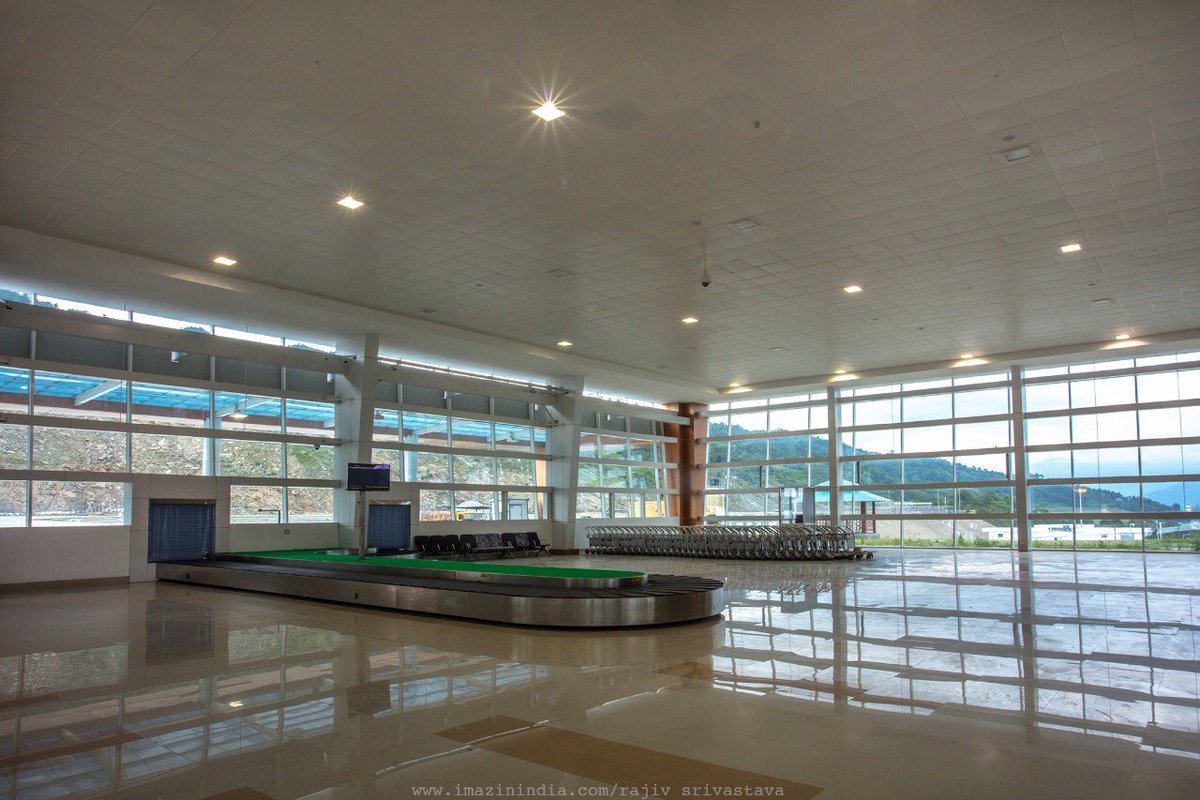 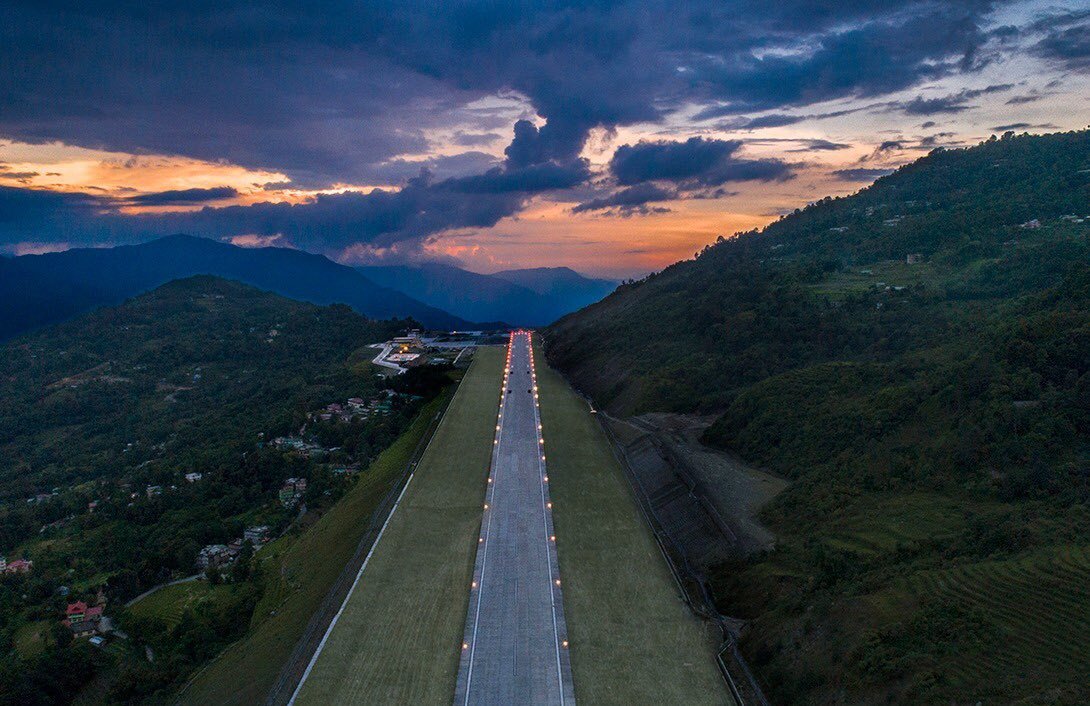 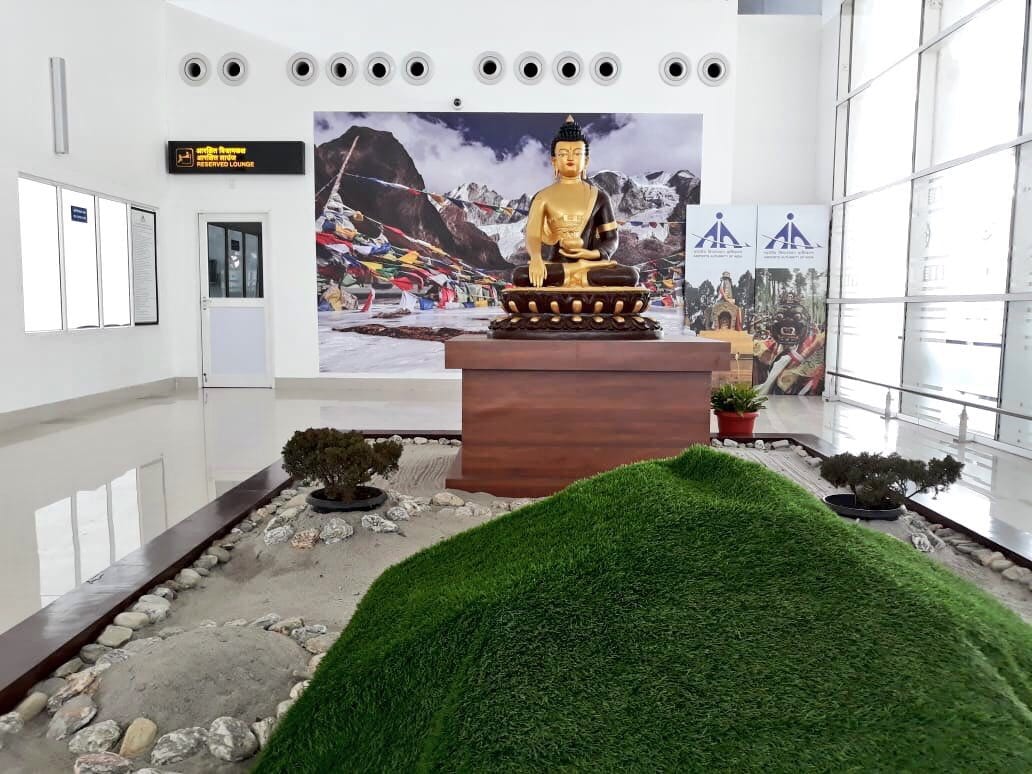 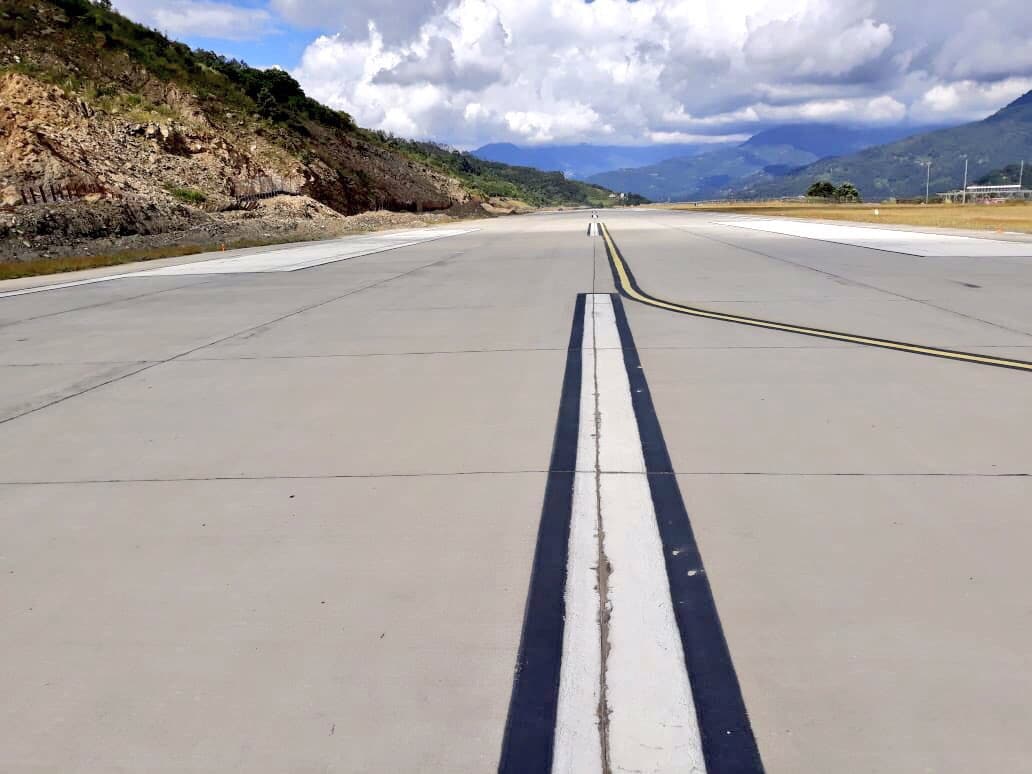 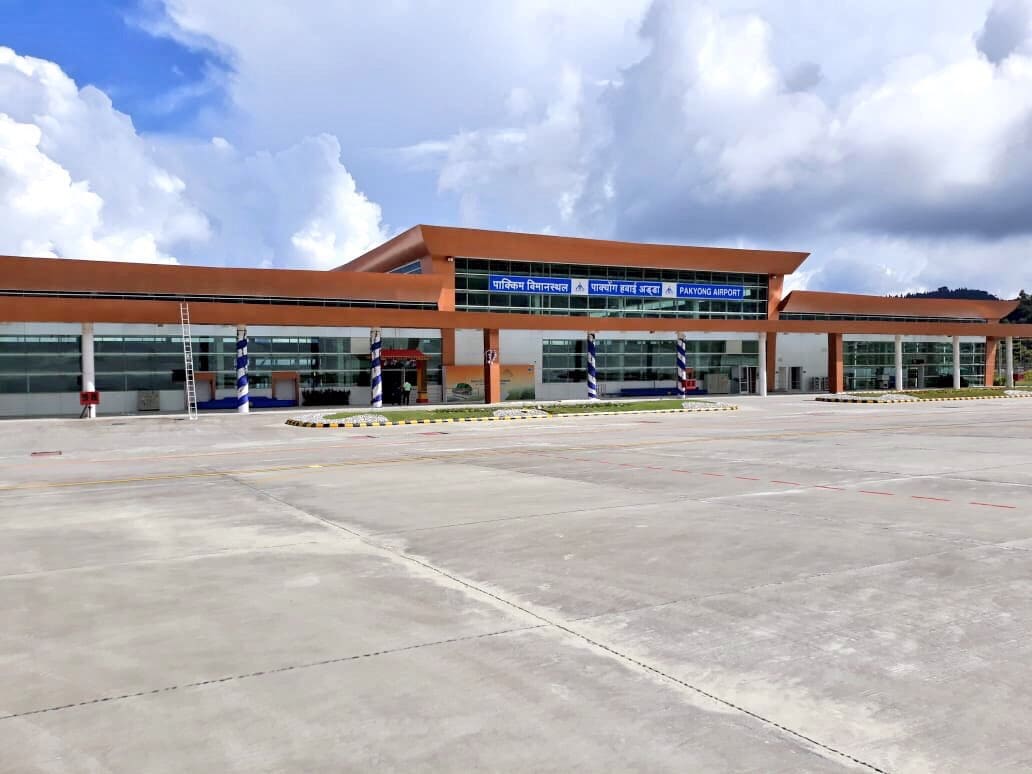 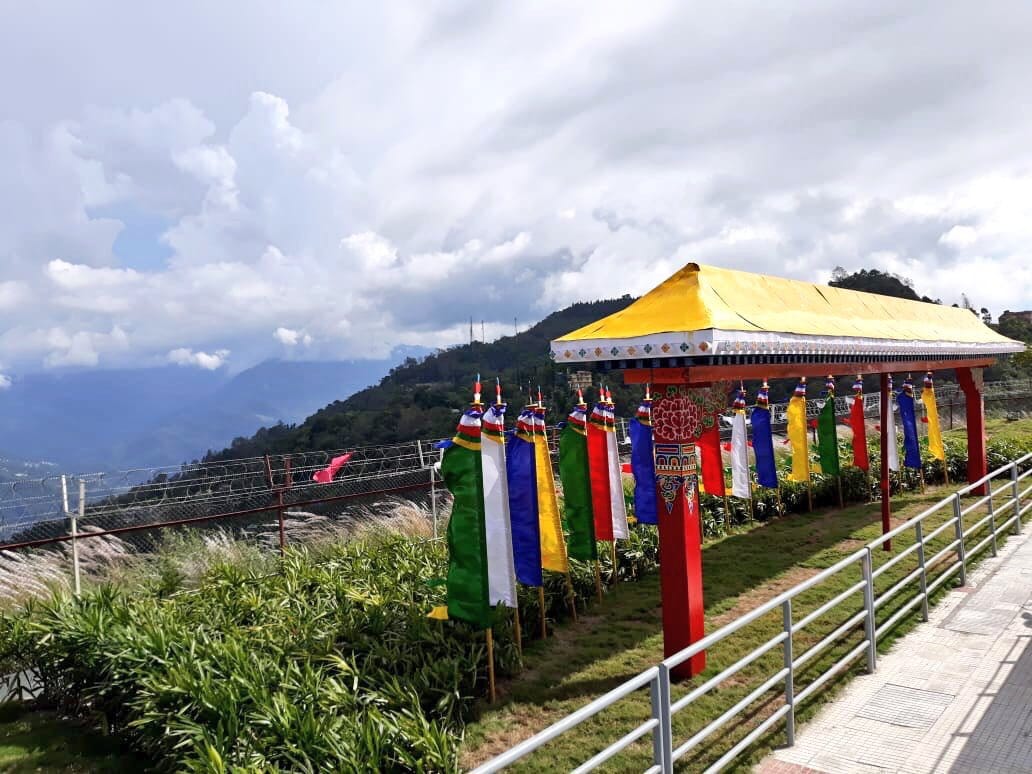 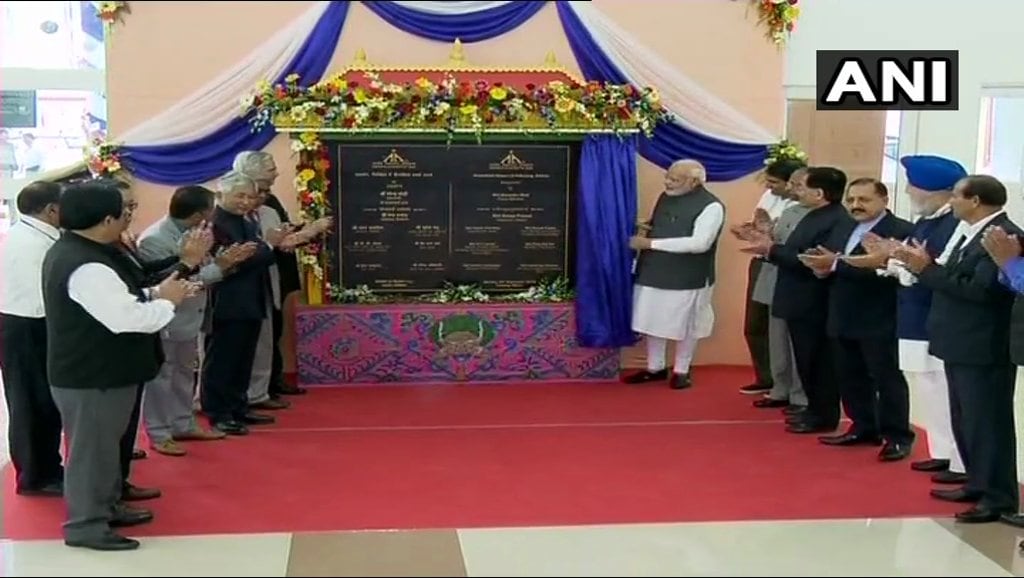 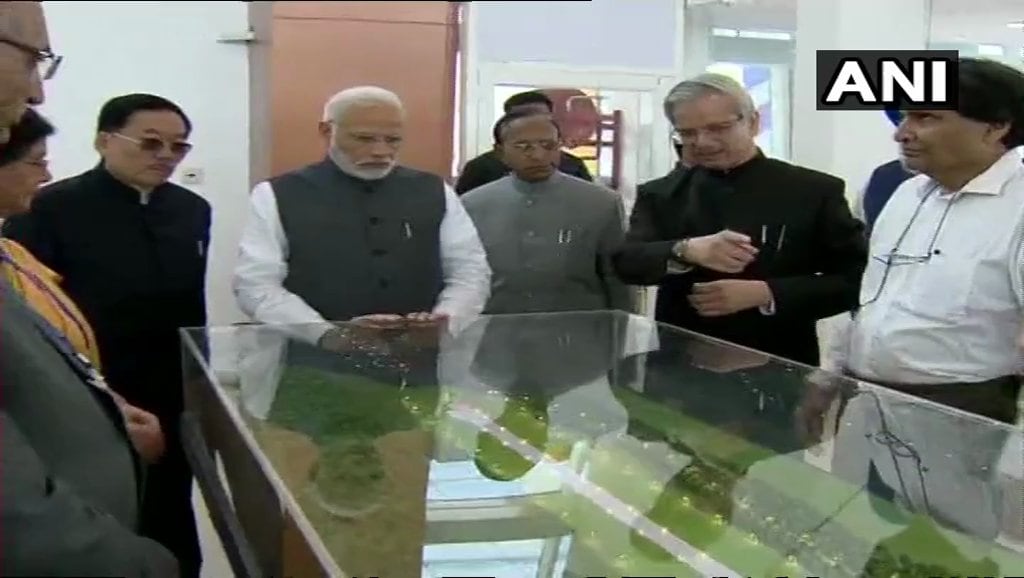 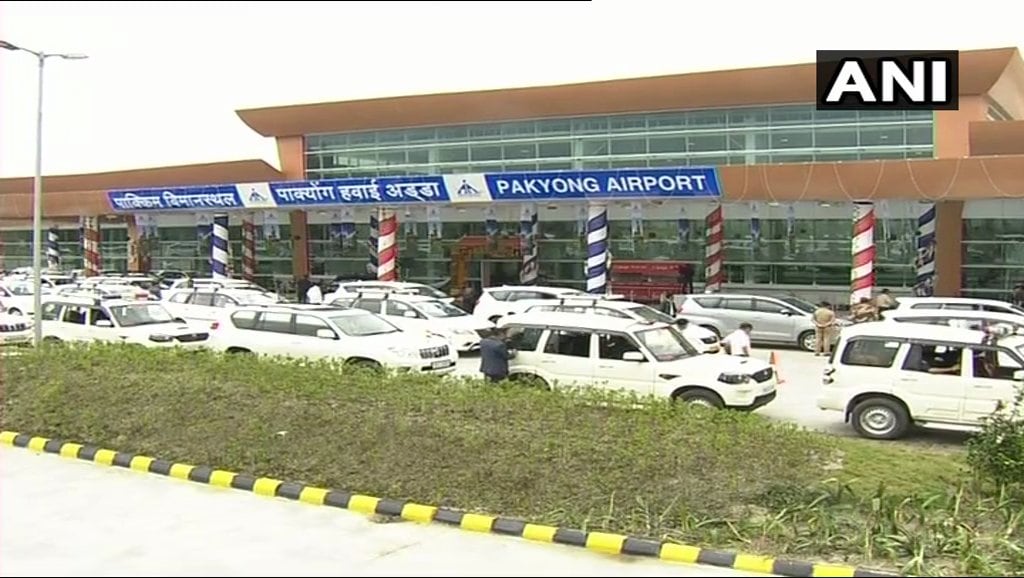 SpiceJet followed it by conducting test runs of the 78-seater Bombardier Q400 from Kolkata to Pakyong on March 10. This led to security clearances for commercial operations, they said. 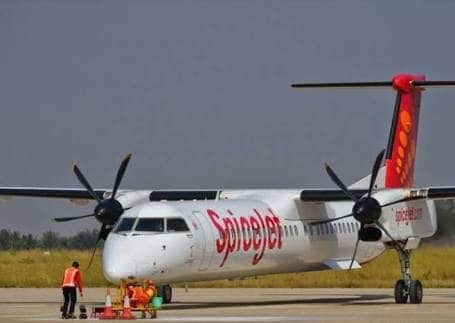 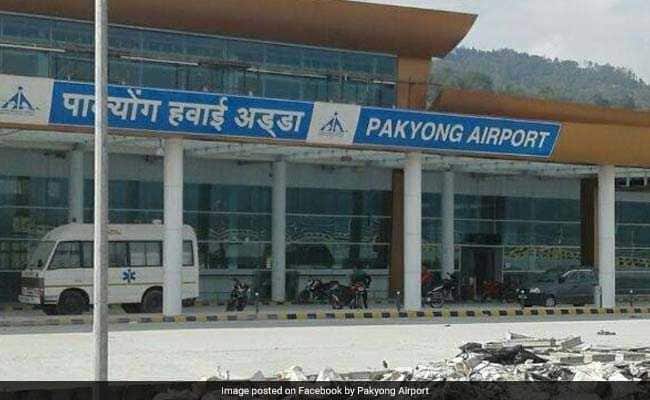 Mr Manjunatha said initially the airport would only cater to domestic flights, but later it will also provide international flight services connecting Sikkim with other countries like Paro in Bhutan, Kathmandu in Nepal and Dhaka in Bangladesh.
Sep 24, 2018 09:16 (IST)
The Sikkim Police has been entrusted with the security of the Pakyong airport. 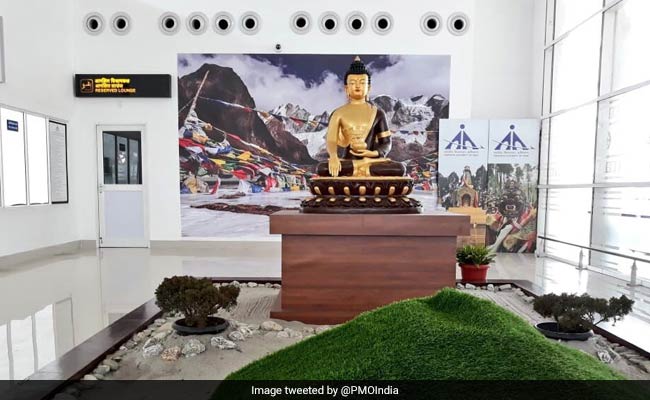 Clicked these pictures on the way to Sikkim. Enchanting and incredible! #IncredibleIndiapic.twitter.com/OWKcc93Sb1 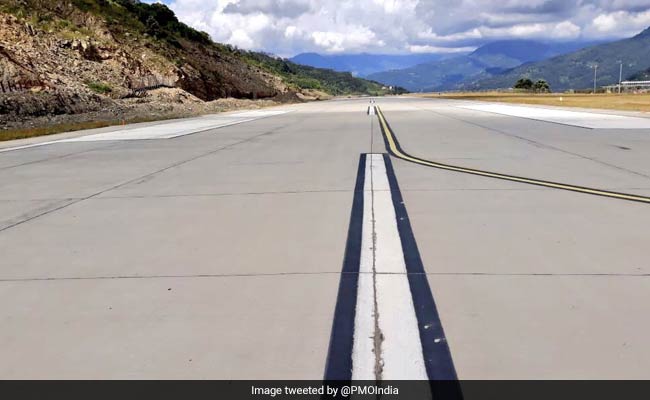 Sep 24, 2018 08:27 (IST)
The Indian Air Force (IAF) would be able to land various types of aircraft on the airport's runway with the construction of another 75-metre stretch adjacent to the main runway in the coming days.
Sep 24, 2018 08:23 (IST)
The Pakyong airport is located around 60 km from the Indo-China border. 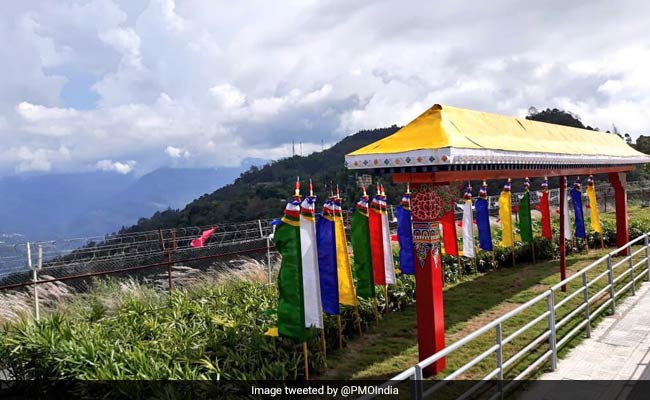 Sep 24, 2018 08:22 (IST)
Integrated structures comprising an ATC tower-cum-fire station, two sophisticated CFT, one terminal building for passengers, high-intensity runway lights, parking for over 50 vehicles are some of the features of the airport. The reinforcement wall of the project is 80-metre-high, one of the tallest in the world, Srivastava said.

Sep 24, 2018 07:45 (IST)
The airport was constructed at an estimated cost of Rs 605 crore and is an "engineering marvel" for its soil reinforcement and slope stabilisation techniques keeping in view the altitude it was built at.
Sep 24, 2018 07:40 (IST)
Prime Minister Narendra Modi reached in an MI-8 chopper from Bagdogra and was received by Governor Ganga Prasad, Chief Minister Pawan Chamling and others at Libing Army Helipad. 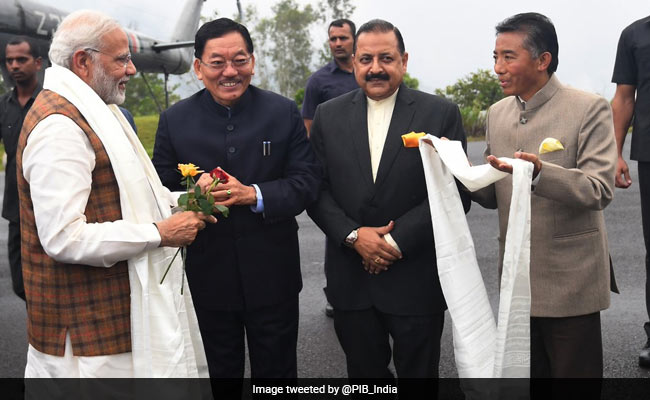