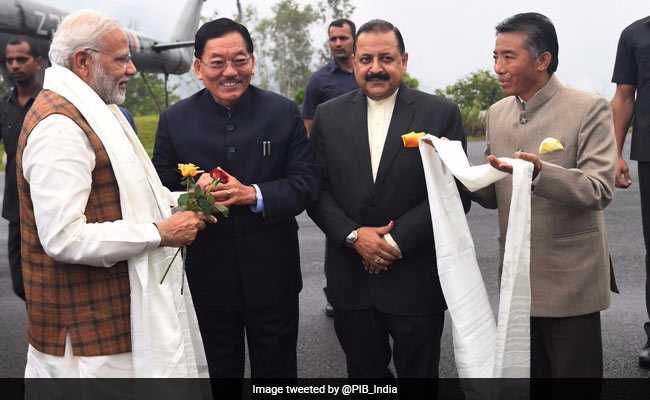 Prime Minister Narendra Modi being welcomed upon his arrival at in Gangtok.

Prime Minister Narendra Modi on Sunday, arrived in Gangtok for a two-day visit to Sikkim during which he will inaugurate the state's only airport-the Pakyong Greenfield on Monday.

The prime minister was received by Governor Ganga Prasad, Chief Minister Pawan Chamling and others at Libing Army Helipad.