Haseena Parkar's makers have a special reason to screen the trailer in Maratha Mandir, which will disrupt Dilwale Dulhania Le Jayenge's screening for the first time since 1995 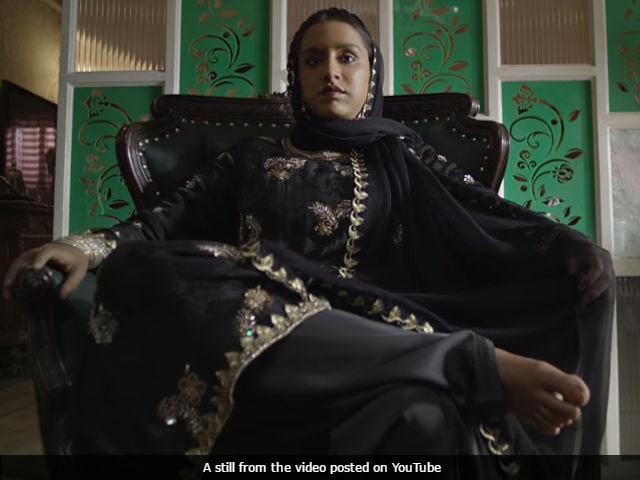 New Delhi: The trailer of Shraddha Kapoor's Haseena Parkar will be screened at Mumbai's iconic single screen theatre Maratha Mandir on Tuesday, which will disrupt the screening of Shah Rukh Khan and Kajol's Dilwale Dulhania Le Jayenge for the first time in two decades, reports Bollywood Hungama. Haseena Parkar's trailer will be screened in Maratha Mandir at noon, for which the matinee show (and the only show) of Dilwale Dulhania Le Jayenge at the theatre will be cancelled for a day. The matinee show of DDLJ at Maratha Mandir usually has full occupancy and the Aditya Chopra-directed film has been running in the theatre successfully since its release in 1995.

@haseenamovie@ShraddhaKapoor@AnkBhatia@SiddhanthKapoor@SWISSENTERTAIN3 official trailer comes to you on Tue 18th pic.twitter.com/HJnNFinSEV


Promoted
Listen to the latest songs, only on JioSaavn.com
In February 2015, the owners of Maratha Mandir declared thatDDLJ will be removed from the screens after its historic run of (then) 1009 weeks. However, after a public outcry by fans of the iconic love story, Yash Raj Films (the film's producers) and Maratha Mandir's owners mutually agreed to continue the film's matinee show for the sake of its fans. "It has been mutually decided to continue the screening in the same 11:30 am morning show - without breaking the uninterrupted run of the movie," YRF had said in a statement, reports IANS. Therefore, this will be the first time in two decades that DDLJ's screening at Maratha Mandir will be disrupted.