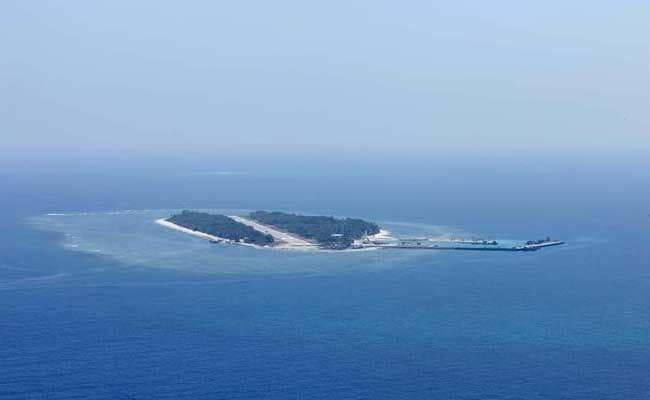 India's reaction came after the tribunal ruled against China over its claims in the South China Sea.

New Delhi: India on Tuesdsy asked all parties involved in the South China Sea row to resolve the dispute through peaceful means without threat or use of force and "show utmost respect" to the verdict by a UN-backed tribunal.

India's reaction came after the tribunal ruled that China has no legal basis to claim "historic rights" to islands in South China Sea.

"India supports freedom of navigation and over flight, and unimpeded commerce, based on the principles of international law, as reflected notably in the UNCLOS (United Nations Convention on the Law of the Sea).

"India believes that States should resolve disputes through peaceful means without threat or use of force and exercise self-restraint in the conduct of activities that could complicate or escalate disputes affecting peace and stability," the External Affairs Ministry said in a statement here.

"Sea lanes of communication passing through the South China Sea are critical for peace, stability, prosperity and development. As a State Party to the UNCLOS, India urges all parties to show utmost respect for the UNCLOS, which establishes the international legal order of the seas and oceans," it said.

Ruling out against China in a bitter row over territorial claims in South China Sea, the Permanent Court of Arbitration "concluded that there was no legal basis for China to claim historic rights within the sea areas falling within the 'nine-dash line'."

Asserting that it "does not accept and does not recognise" the ruling, China rejected the verdict as "null and void". China asserts sovereignty over almost all of the strategically vital waters in the face of rival claims from its Southeast Asian neighbours.

Manila had lodged the suit against Beijing in 2013, saying after 17 years of negotiations it had exhausted all political and diplomatic avenues.