The high court said certain films, like 'Sholay' cross the boundaries of just being ordinary words 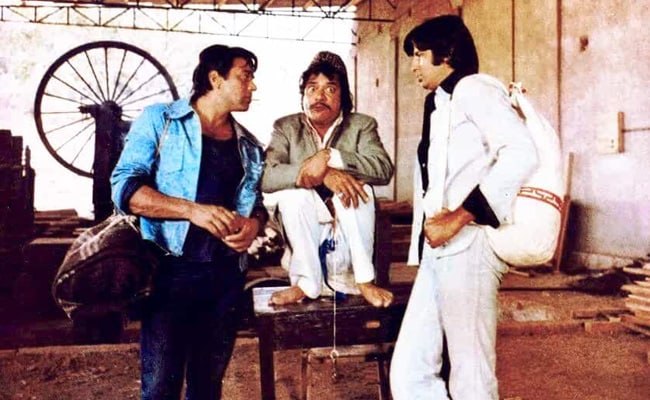 The Delhi High Court has said that "Sholay" is the title of an "iconic film," which, as a mark, cannot be held to be devoid of protection and restrained the use of the film title by persons alleged to be misappropriating the same.

The high court, which said certain films, like 'Sholay' cross the boundaries of just being ordinary words, also awarded damages of Rs 25 lakh to the makers of the movie -- Sholay Media and Entertainment Pvt Ltd and Sippy Films Pvt Ltd -- which had filed the lawsuit against persons using the popular film title to run their businesses.

Justice Prathiba M Singh, while dealing with a trademark lawsuit stated that titles and films are capable of being recognised under the trademark law. The judge noted that the case was contested for over 20 years and the adoption of the mark 'Sholay' by the defendants for selling the DVD of the film on their website etc was "clearly mala fide and dishonest" and awarded Rs 25 lakh as costs and damages to the plaintiff and granted three months to the defendants to pay the amount.

"Accordingly, the defendants, their directors, partners, proprietor, and anyone acting for and on their behalf are restrained from using the name 'Sholay' in respect of any goods and services and also from using the domain name 'Sholay.com' and making any reference to the movie 'Sholay' or using any images or clippings from the said movie, as also from selling merchandise using the name Sholay or any images from the said cinematographic film," the court said in its order released on May 23.

"The word 'Sholay', is the title of an iconic film, and consequently, as a mark having been associated with the film, produced and now vesting in the plaintiffs, cannot be held to be devoid of protection. Certain films cross the boundaries of just being ordinary words and the title of the film 'Sholay' is one of them. Titles and films are capable of being recognised under trademark law and in India 'Sholay' would be a classic example of such a case," the court said.

The court also restrained the defendants from using any variation of the mark or name 'Sholay' on the internet or otherwise including use as a metatag in the source code and directed the transfer of the infringing domain names to the plaintiffs.

"If there is one film that transcends generations of Indians, it is 'Sholay'. The said film, its characters, dialogues, settings, and box office collections are legendary. Undoubtedly, 'Sholay' is one of the biggest, record-breaking films that India has ever produced, in the history of Indian cinema," the court noted.

"In the present case, the defendants have contested this matter for over 20 years. The adoption of the mark 'Sholay' by the Defendants was clearly mala fide and dishonest, owing to the use of the infringing logo, designs, selling of the DVD of the film 'Sholay on the Defendants' website, etc," it stated.

The plaintiff, represented by lawyers Pravin Anand and Dhruv Anand of the law firm Anand and Anand,  filed the lawsuit against the defendants for indulging in several infringing activities including registering the domain name, publishing a magazine using the mark/name 'Sholay' and selling merchandise using scenes and names from the movie that was released on August 15, 1975.

The defendants sought to justify their use of the plaintiffs' mark on several grounds including that film titles are not entitled to protection, there is no probability of confusion on the internet, and that 'Sholay' is a dictionary word.

It was urged that the intention of the plaintiffs was to extract money from the defendants who created a popular website called sholay.com, registered in the USA.