Dr Shivakumara Swami died at age 111 after weeks of treatment. Condolences from all quarters poured in after news of his death emerged, with Karnataka observing a three-day mourning period. 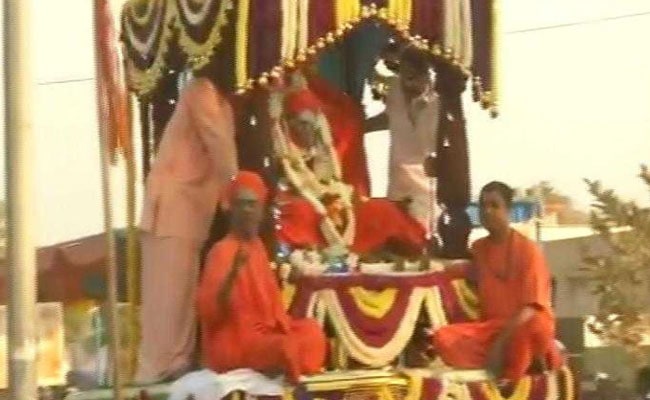 The funeral for Dr Shivakumara Swami, the seer who headed the Sree Siddaganga Mutt in Karnataka's Tumakuru, is being held today. Dr Swami died at age 111 after weeks of treatment. Condolences from all quarters poured in after news of his death emerged, with Karnataka observing a three-day mourning period. Schools, colleges and government offices are closed today as a mark of respect for the seer, who was revered by millions. Top political leaders mourned the death of the seer, who was often known as "the walking god".

"His Holiness Dr Sree Sree Sree Sivakumara Swamigalu lived for the people, especially the poor and vulnerable. He devoted himself towards alleviating ills like poverty, hunger and social injustice. Prayers and solidarity with his countless devotees spread all across the world," he tweeted. Congress president Rahul Gandhi said the seer's passing had left a "deep spiritual void".

At his funeral today, union ministers Nirmala Sitharaman and Sadananda Gowda represented the centre. A wreath was also placed on the mortal remains of Shivakumara Swami on behalf of PM Modi.

Here are the Updates for the funeral of holy seer Shivakumar Swami: 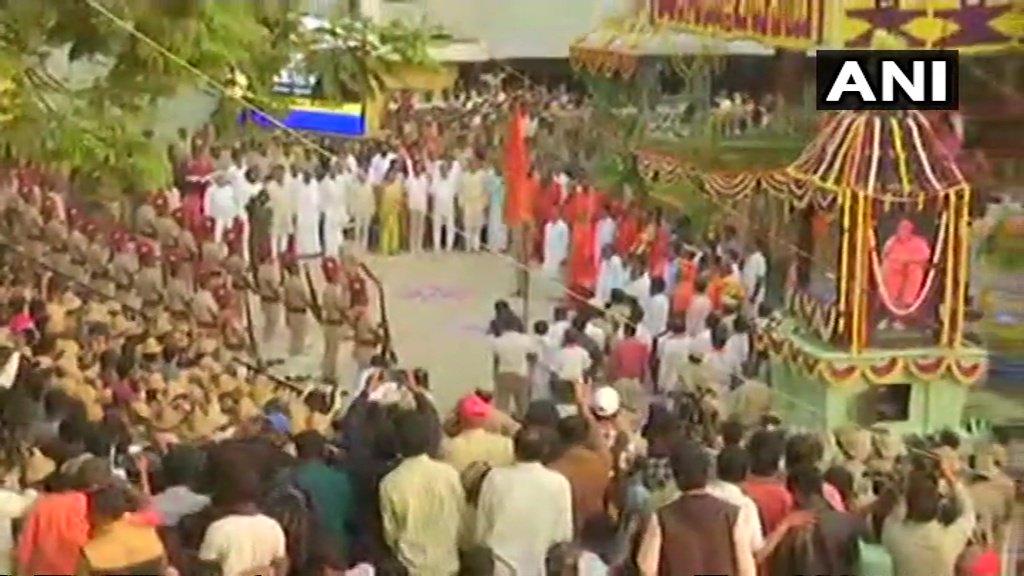 Jan 22, 2019 18:08 (IST)
Union minister Nirmala Sitharaman today attended the funeral of seer Shivakumara Swami who died yesterday. She tweeted today that she had placed a wreath on the remaining mortals of Shivakumara Swami on the behalf of the Prime Minister's Office and PM Narendra Modi. 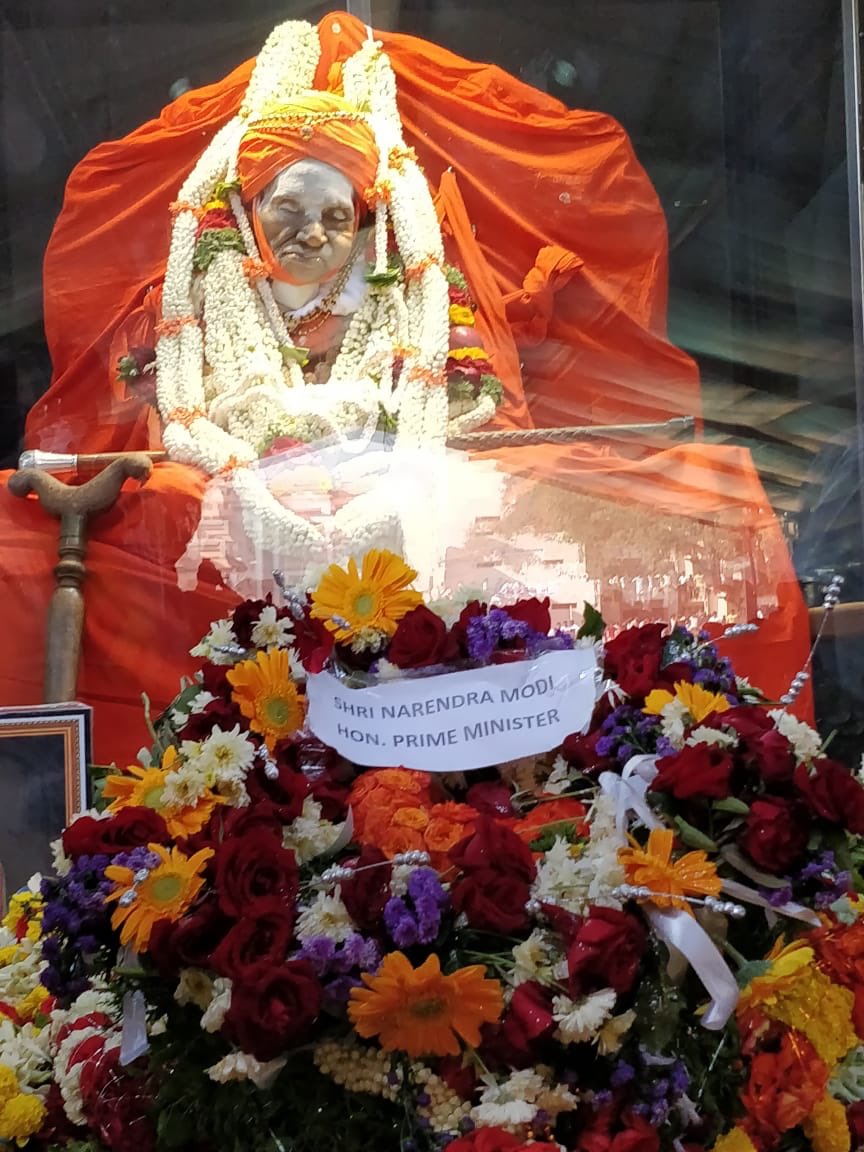 Jan 22, 2019 17:51 (IST)
Mortal remains of Shivakumara Swami of Siddaganga Mutt are being taken for cremation. 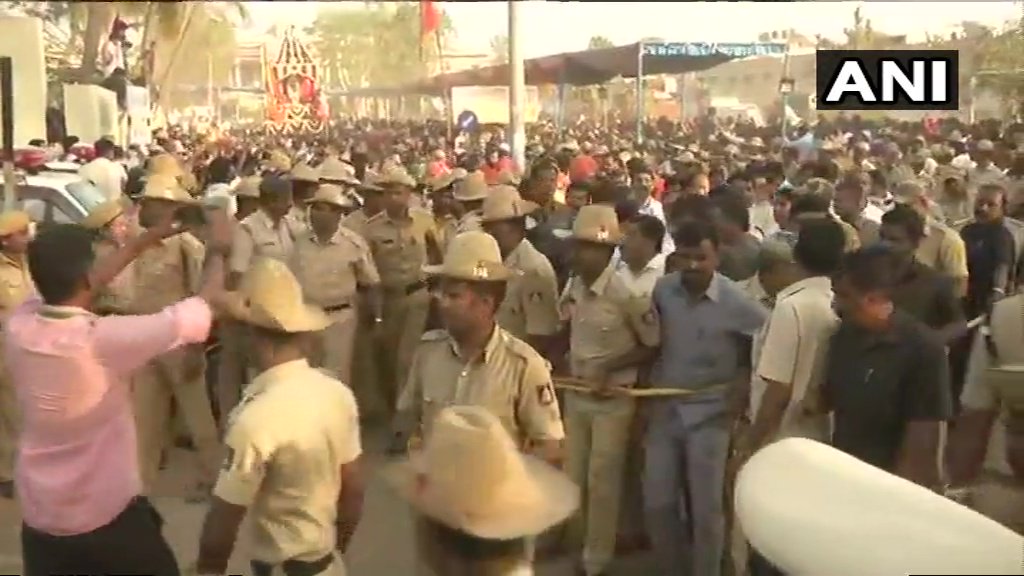 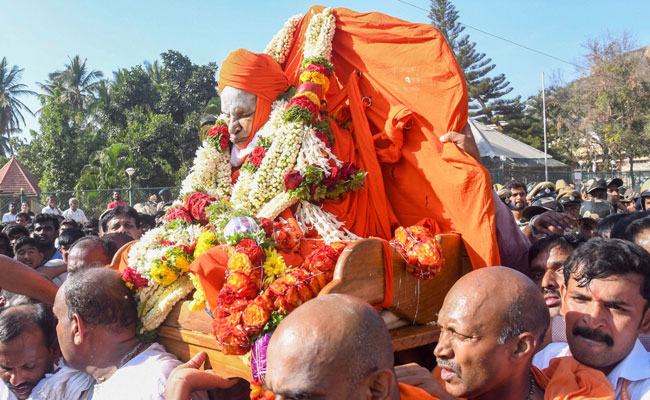 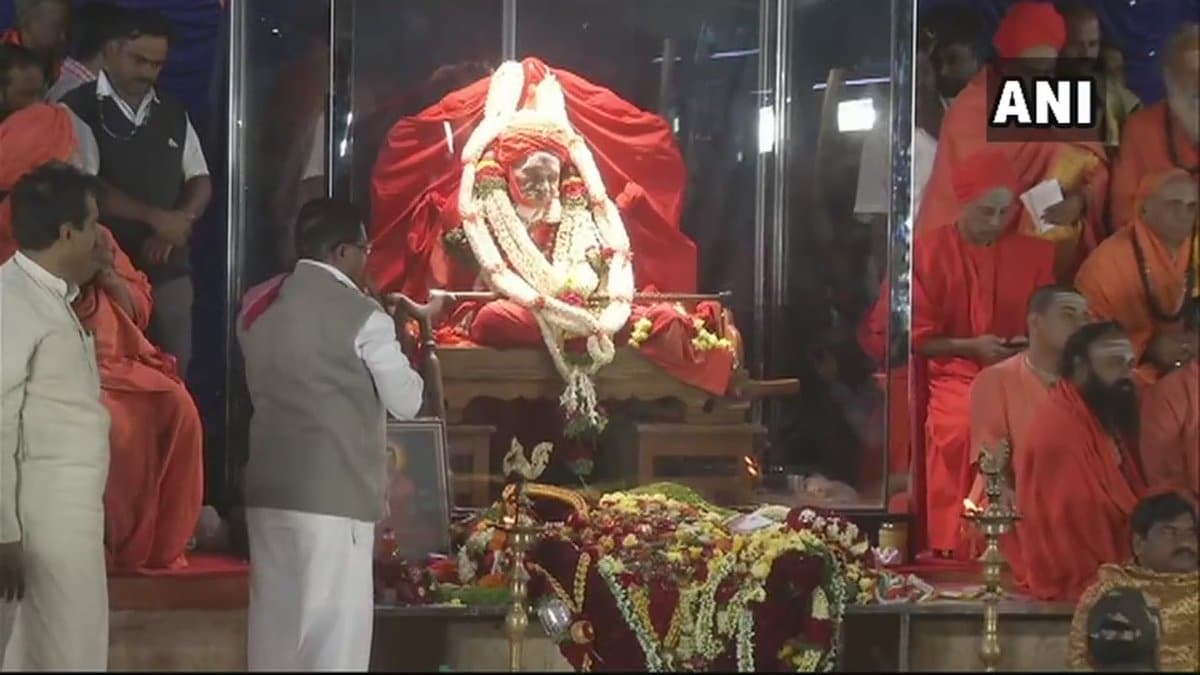 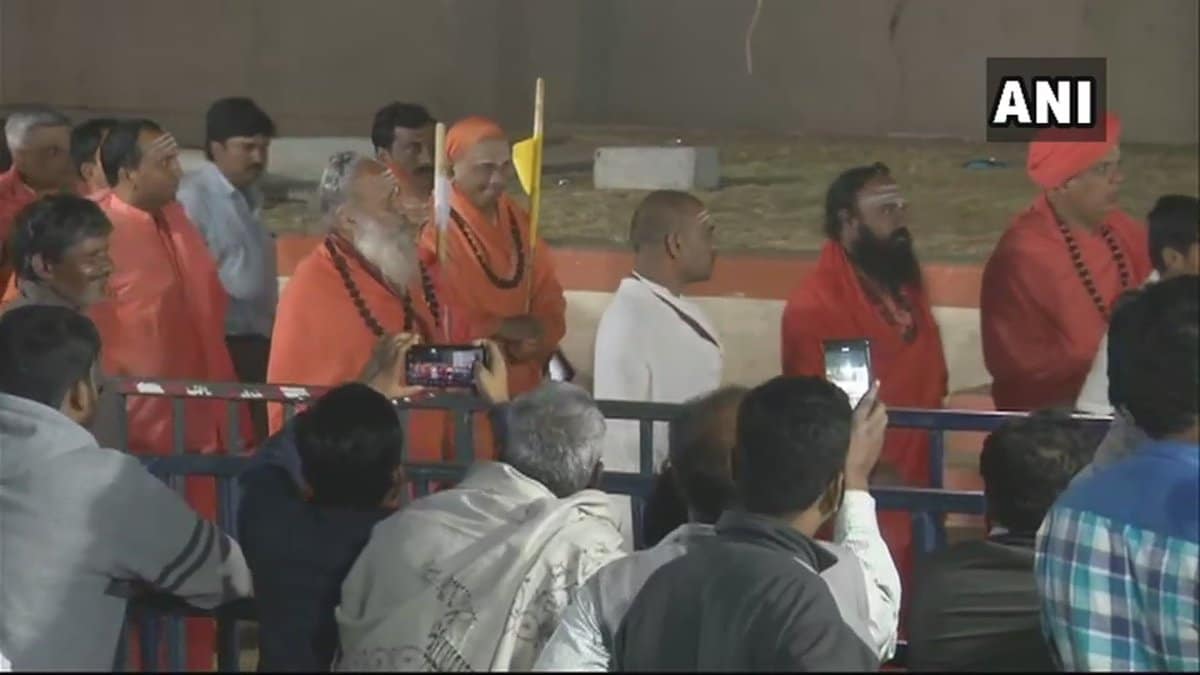 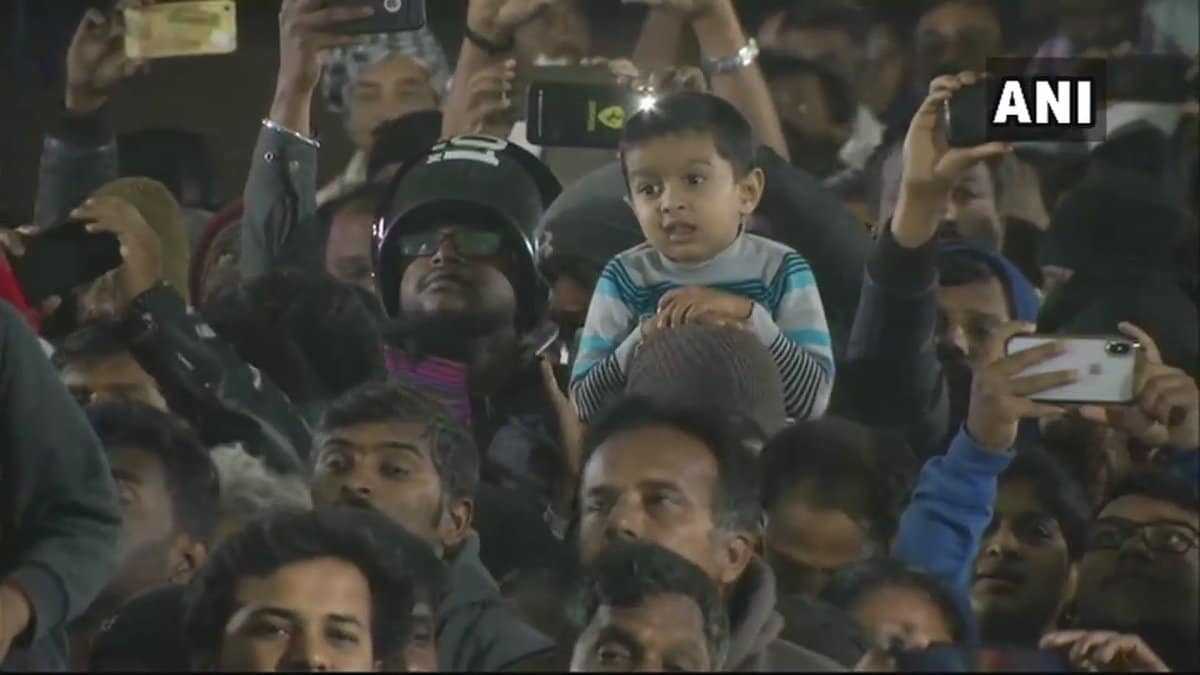 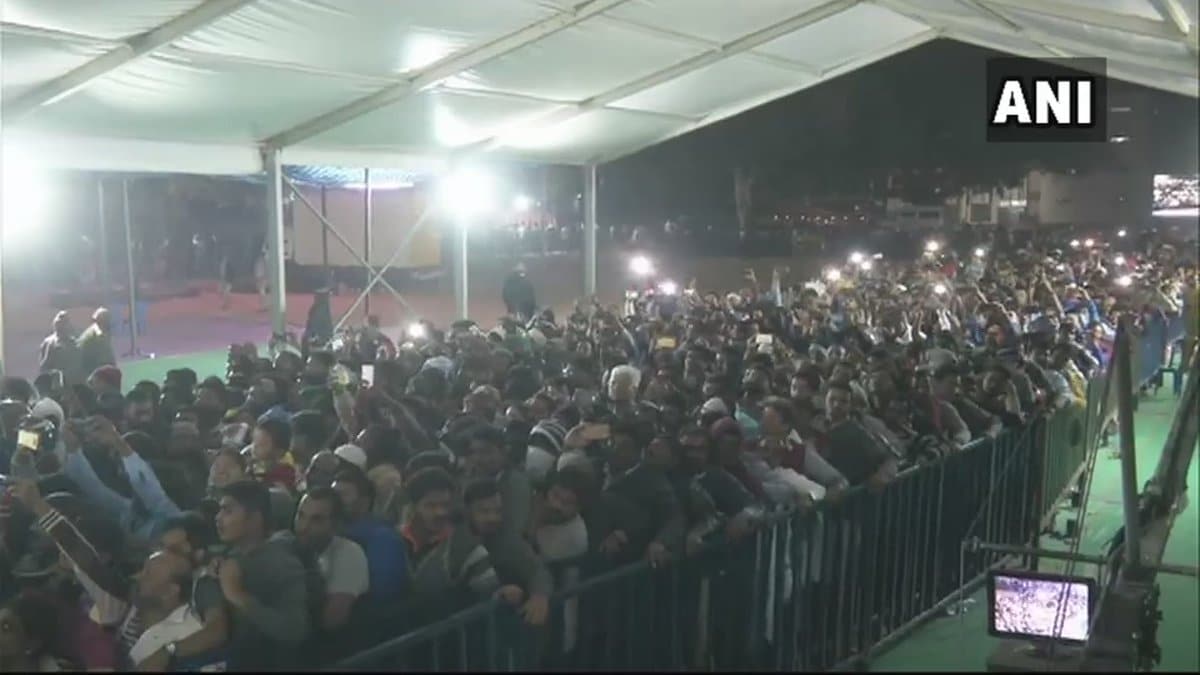 According to official sources, the two ministers would fly down to Karnataka to attend the last rites of the Lingayat seer Shivakumara Swami.
Jan 22, 2019 09:56 (IST)

Read Here: "Divine Soul": 111-Year-Old Lingayat Seer Who United Political Parties
Shivakumara Swamiji, the revered Lingayat seer known as the "Walking God" of Karnataka, had survived many health scares in the past. On Monday, the head of the Tumakuru-based Siddaganga Math died on after several days on life support.
Jan 22, 2019 09:28 (IST)

Union Ministers @nsitharaman and @DVSBJP will represent the Centre at the funeral rites of the Lingayat Seer of #Siddaganga Mutt, Sri Shivkumara Swamiji today. A wreath will also be placed on behalf of Prime Minister @narendramodi. pic.twitter.com/0TVhKMkWjT