No party can win an absolute majority on its own in the prevailing condition in the country, which is why the BJP has to join hands with other parties in every state, Shiv Sena's Sanjay Raut said. 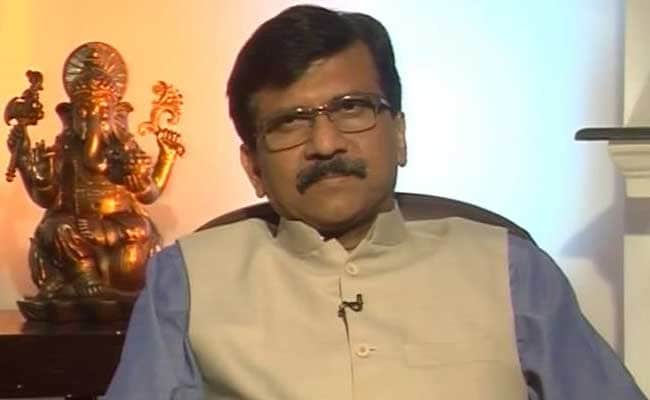 Sanjay Raut said that despite being an ally, Shiv Sena disagrees with the BJP on several issues. (File)

No party can win an absolute majority on its own in the prevailing condition in the country, which is why the BJP has to join hands with other parties in every state, Shiv Sena's Rajya Sabha leader said, speaking to Times Now.

He said that despite being an ally, the Sena disagrees with the BJP on several issues.

"We did not break the alliance in 2014, the BJP did it. And four years later, the BJP chief had to come to Uddhav ji saying we cannot reach the required figure without your support. Then Uddhav ji thought about it and we decided to give them another chance," he said.

"We disagree with the BJP on several issues like demonetisation. Even the RBI was in disagreement because it was not in the interest of the country. We will continue to disagree on such issues despite our alliance. Being an ally does not mean being a servant to them or surrendering before them," he added.

"We have a stand, which we will express. However, when an alliance is done, there is a political compulsion. Even Chandrababu (Naidu) was in NDA till yesterday and the most favoured member of Modi ji's NDA. He was very close to him, but he left," Mr Raut said.

According to him, the perception and the situation in the country is such that no one party can win elections on its own.

"In the last four-and-a half years, they said they would fight on their own and do not need anyone. They also spoke about "Congress-mukt Bharat". But, the time of one party rule in the country is now over. You have to take everyone along to win the elections in the state, villages or country," Mr Raut said.

The Shiv Sena leader said the Congress, which was once the biggest party, is now smaller than even a regional party. "It has to take the help of smaller parties to fight the polls," he said.

The BJP, which got a huge mandate in the 2014 polls under Modi ji's leadership, said they would win 380 seats on their own, but they cannot, the Sena leader said.

"Therefore, they are joining hands (with other parties) in every state. This is the political and democratic future of the country," he said.

"I do not feel that only the BJP needs us, even we need the BJP. However, we are among those who believe 'jo hoga dekha jaayega' (we will see whatever happens). We are street fighters," Mr Raut said.

He said the issues raised by the Sena were not personal, but in the interest of the country, the state and people.

After three years of unrestrained attacks on PM Modi and the BJP, the Shiv Sena last month sealed its alliance with the ruling party for the national election and the Maharashtra polls.