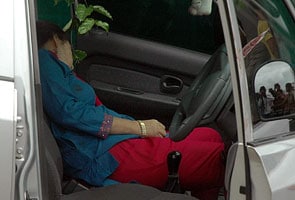 Indore: Almost two months after the Central Bureau of Investigation (CBI) filed a chargesheet against five persons for their alleged roles in the murder of RTI activist Shehla Masood, a special CBI court framed charges against all of them on Saturday.

Shehla Masood was shot dead outside her house in Bhopal's Koh-E-Fiza locality on August 16, 2011.

On May 25, the investigative agency had filed a chargesheet against the five accused including the slain activist Masood's friend Zahida, who had allegedly hired the contract killers to eliminate her.

The four others who were chargesheeted are Saba Farooqui, Irfan Ali, Tabish Khan and Saquib Ali 'Danger'. Zahida's friend Saba Farooqui was also framed under section 302, 120 B and Arms Act.

However, when the charges were read out to the accused they pleaded innocence.

"After hearing arguments of both the sides, Special CBI Judge Anupam Srivastav upheld the decision of the Special Magistrate (CBI), Shubhra Singh, about the jurisdiction of trial in Shehla murder case and rejected our revision petition," one of the defence lawyers Yawar Khan told reporters. The next hearing is posted on August 1, he said.

"We will soon knock on the door of high court against the judgment," Mr Khan said.

Promoted
Listen to the latest songs, only on JioSaavn.com
Meanwhile, the court also turned down another revision petition filed by the defence seeking access to reports of a polygraph test conducted on BJP MLA Dhruv Narayan Singh and phone call details pertaining to the murder case besides other documentary evidence.