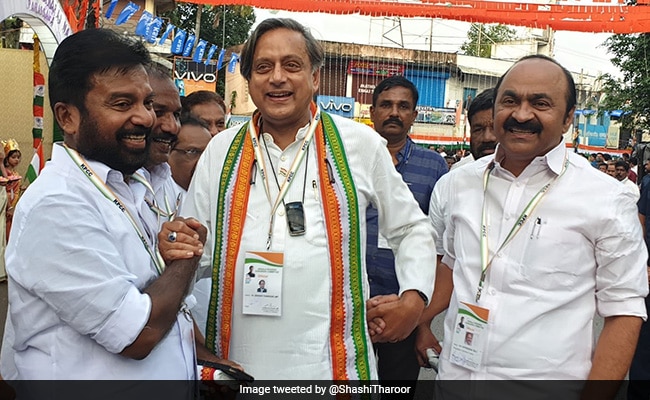 The new Congress president will be announced on October 19, two days after the election

In the build-up to the October 17 Congress president election, a new name emerged today. Former Union Minister Pawan Bansal became the second leader to collect nomination forms after Shashi Tharoor, but they might be for someone else.

Mr Mistry said he had “no information” on whether Ashok Gehlot would file his nomination papers. “Anybody is free to fill a form,” he told NDTV.

Mr Bansal firmly denied running for Congress president. “This thought did not cross my mind,” he stressed, calling it “beyond my imagination”.

Mr Tharoor is likely to file his nomination on September 30 (Friday).

Ashok Gehlot was said to be the top choice of the leadership to take over as the Congress's first non-Gandhi president in over 20 years.

That is, until he upset the Gandhis with a mass protest and resignation threat by MLAs loyal to him in Rajasthan. Mr Gehlot, 71, had suggested to his party that he could handle a double role in the party and keep the Chief Minister's chair in Rajasthan even if he became Congress president. Rahul Gandhi nixed that plan in public, asserting that the party would strictly follow a “one person, one post” policy.

Mr Gehlot accepted this and said he would quit as Chief Minister. On Sunday, however, 90-plus MLAs loyal to him skipped a meeting with central leaders Mallikarjun Kherge and Ajay Maken and threatened mass resignations if Sachin Pilot replaced Mr Gehlot as Chief Minister.

Mr Gehlot is likely to meet with Sonia Gandhi soon.

“I have briefed Sonia Gandhi about the election process and have handed over a list of voters,” Mr Mistry told NDTV. He also handed over her QR-coded identity card for the party election.

The new Congress president will be announced on October 19, two days after voting by 9,000 members.