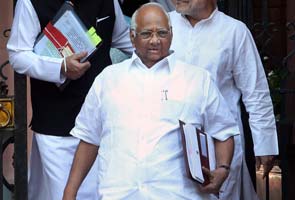 "If NCP is a party of goondas, what are you doing with us for all these years," Mr Pawar said.

He was speaking at a sugar factory function in western Maharashtra's Satara district from where, Chief Minister Prithviraj Chavan also hails.

There has been an ongoing verbal slugfest between NCP and Congress leaders for the last few days. It started with NCP leader R R Patil, who is also the Home Minister, flaying Congress leaders over their criminal links.

Mr Thakre had responded to Mr Patil's comments saying if a census was to be taken of party with maximum members with criminal links, then NCP would top it.

"If We Lost 20 Jawans, Toll Double On Chinese Side": Minister RS Prasad