The NCP chief alleged that the Fadnavis government even flouted norms to help opposition legislators in their business, to compel them to join the BJP.

Mr Fadnavis, the NCP chief said, was misusing state-run financial bodies to force opposition leaders to join their fold ahead of the assembly elections scheduled for later this year. He also accused the central government of misusing probe agencies to pressurise those leaders who are not willing to join the BJP.

"This (crisis) is not limited to Maharashtra, it has happened everywhere," he said.

The NCP chief alleged that the Fadnavis government even flouted norms to help opposition legislators in their business, to compel them to join the BJP. "The sugar mill of (former MLA) Kalyan Kale in Pandharpur was in a difficult situation. The state government, by flouting norms, gave Rs 30-35 crore to it and asked him to join the BJP. Since he wanted to save his factory, he switched over," he alleged. 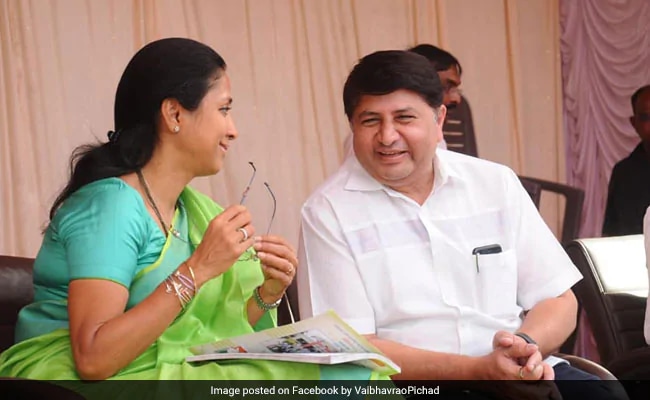 His comments were sharply rebuked by Mr Fadnavis, who alleged that the NCP chief should introspect within his own party. "BJP has never done politics of pressuring others. In last five years, government helped several sugar factories, facing difficult times. There's a long list but no one was asked to join BJP for this. (Sharad) Pawar sa'ab should have introspection within his own party," he said.

The Sharad Pawar's party has seen defections of two senior leaders, including its Mumbai chief, this week alone. Yesterday, its legislator Vaibhav Pichad - son of senior NCP leader and former state minister Madhukar Pichad- announced that he was going to join the ruling BJP.