Shankersinh Vaghela said the voters of Madhya Pradesh, Rajasthan and Chhattisgarh have smashed the BJP's arrogance by voting in favour of opposition Congress. 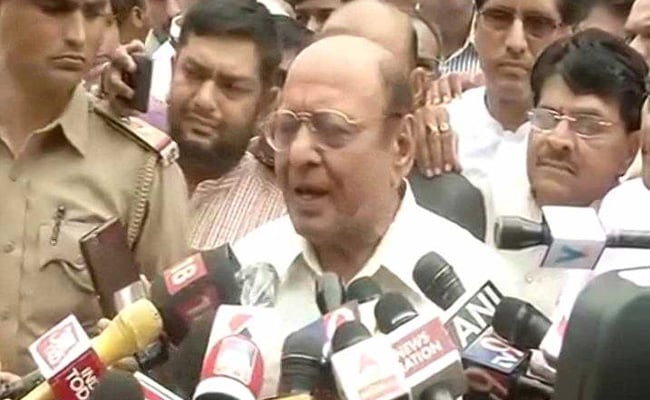 Shankersinh Vaghela said this poll result is a trailer of the 2019 general elections. (File)

Former Gujarat Congress leader Shankersinh Vaghela on Tuesday termed the trends suggesting Congress' victory in three states as a "big slap" on the BJP's face, and said it was a "trailer" of the 2019 Lok Sabha elections.

Mr Vaghela said the voters of Madhya Pradesh, Rajasthan and Chhattisgarh have smashed the BJP's arrogance by voting in favour of opposition Congress.

The former Gujarat Chief Minister was talking to reporters in Gandhinagar.

Attacking Prime Minister Narendra Modi, who campaigned extensively during these Assembly polls, Mr Vaghela said the PM spent his entire term of over four years in just campaigning for his party instead of running the country properly.

"This poll result is a trailer of the 2019 general elections. This anti-BJP trend will continue in the Lok Sabha polls. BJP had an arrogance that it can win polls using money power. This defeat is a big slap on the BJP's face by the voters, who have kept alive the spirit of democracy," he said.

"He (PM) only gave speeches during his four and half years of tenure. A PM is supposed to run the country, not campaign for his party on tax payers money. He thinks that people will vote the BJP because of him, not because of the chief ministers. But, voters rejected him this time," he added.

Expressing happiness over the Congress' performance, Mr Vaghela, who had resigned from that party last year, exuded confidence that the grand alliance will come to power after the next year's general elections.

He listed demonetisation, GST, farm distress, unemployment and deteriorating law and order situation in those states as the reasons for the BJP's defeat.

When asked about his views on Rahul Gandhi and his ability to lead during the 2019 polls, Mr Vaghela said the Congress chief was an "innocent" person without any political ambitions.

"He is an innocent guy, a thorough gentlemen. He believes in taking everyone together. He is not into politics of vengeance. Rahul Gandhi even declared that he is not in the race to become the next PM," Mr Vaghela, who had quit the Congress ahead of the Gujarat Assembly polls last year, said.