Misha was not the only little one from the Bollywood fraternity at the airport yesterday. Rani Mukerji and her daughter Adira also sent the photographers in a tizzy on Wednesday 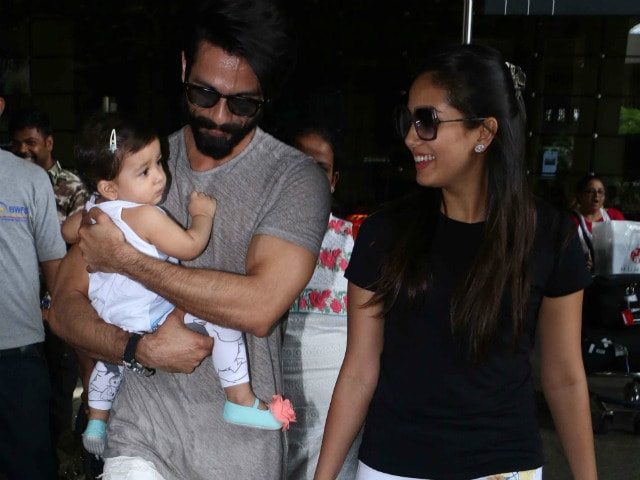 Shahid, Mira and Misha spotted at the Mumbai airport

New Delhi: Shahid Kapoor and wife Mira Rajput took along baby daughter Misha to their latest outing. Shahid Kapoor and family were photographed at the Mumbai airport on Wednesday - the 36-year-old actor carried Misha safely in his arms while he navigated the airport. Misha adorably follows Mira with her eyes, who can be seen walking right beside the two. Misha's expressions are beyond adorable. Meanwhile, Mira just can't stop admiring the father-daughter duo; she's smiling all the way. Nine-month-old Misha is uber-cute in a white baby dress while her star parents were dressed in casuals for the journey. Here is the three member Kapoor clan at the airport: 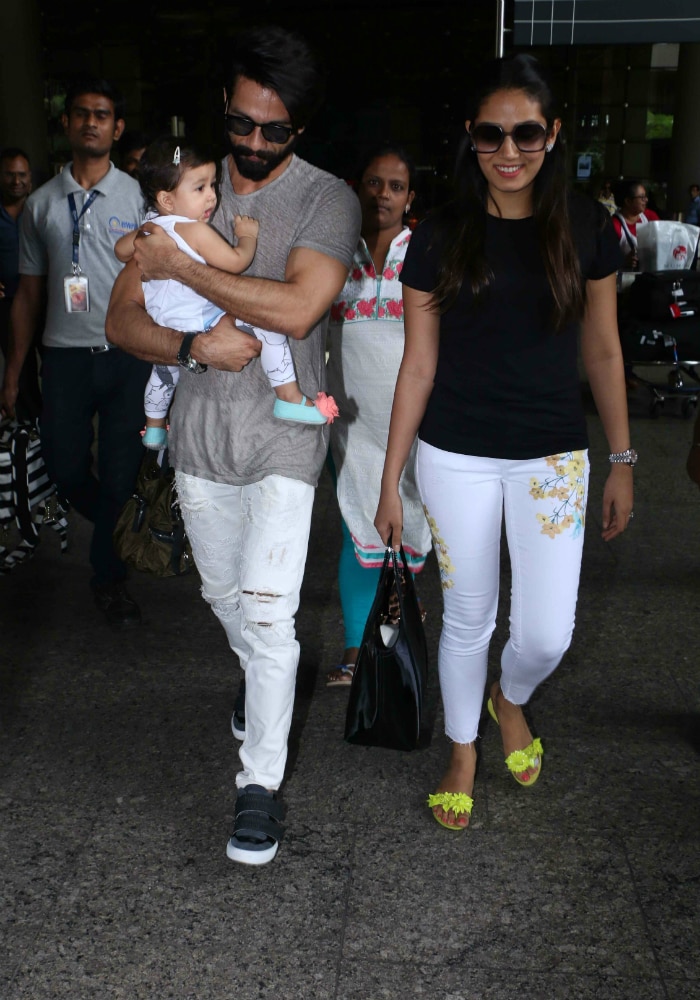 Earlier in the day, Shahid and Mira hit the gym together. On Wednesday, Mira and Shahid patiently posed for the cameras before they began their work out sessions. Mira is reported to have joined the gym after being encouraged by Shahid, who is known for being the fitness enthusiast he is. 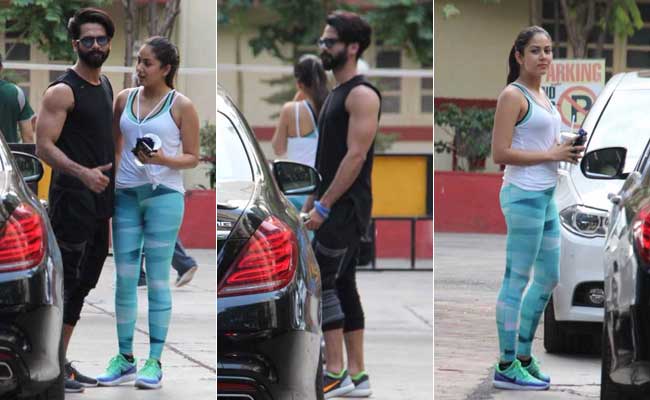 Shahid and Mira hit the gym together

Misha is already the Internet's favourite star baby, credit for which should go to her father. Misha keeps featuring in Shahid's Instagram posts like from when she learned how to clap and danced like Michael Jackson.

Meanwhile, Misha was not the only little one from the Bollywood fraternity at the airport yesterday. Rani Mukerji and her daughter Adira also sent the photographers in a tizzy on Wednesday. Rani and Adira reportedly left for Dubai. 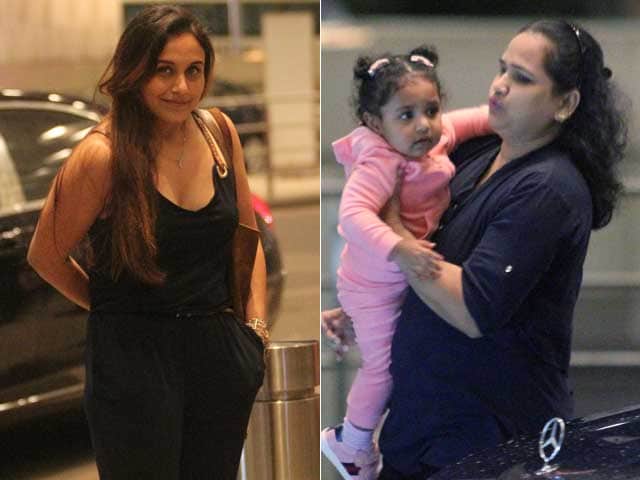 Rani Mukerji and Adira at the Mumbai airport