"No one owns a stage like you do Bhai," Karan Johar tweeted after watching Shah Rukh Khan's TED Talks video 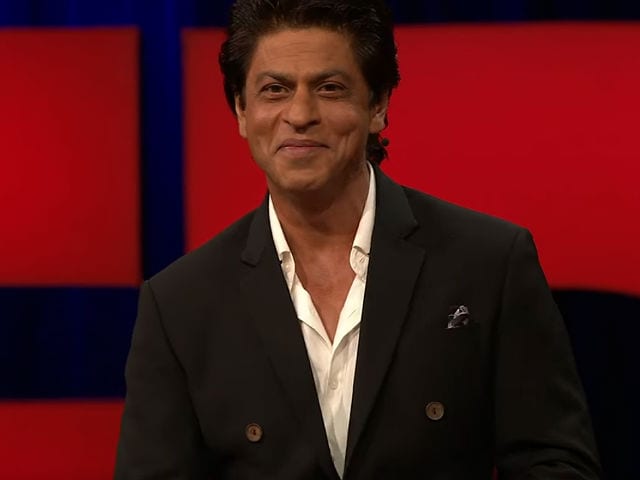 New Delhi: Filmmaker Karan Johar is mighty impressed with Shah Rukh Khan's TED Talk. The entire video of SRK's TED Talk was uploaded on YouTube on Thursday, two weeks after SRK spoke in Vancouver. Praising Shah Rukh, Karan Johar wrote on Twitter: "Witty...intelligent ...spiritual and above all....just brilliant! No one owns a stage like you do Bhai!!!! Ted can talk but you SPEAK! (sic)" Shah Rukh shared the YouTube link along with a quote from the talk: "Create a world which is its own best lover." Karan Johar, 44, has directed Shah Rukh Khan in films like Kuch Kuch Hota Hai, My Name Is Khan and Kabhi Khushi Kabhie Gham.

Witty...intelligent ...spiritual and above all....just brilliant! No one owns a stage like you do Bhai!!!! Ted can talk but you SPEAK! https://t.co/zhIYVttP9w

Karan Johar is not the only one impressed by Shah Rukh. Celebrities like Dia Mirza, Bhumi Pednekar, Kim Sharma and Nikitin Dheer said SRK's TED Talk inspired them. Here are a few reactions:

Just saw the @TEDTalks by @iamsrk It's riveting, honest, insightful and just brilliant! Do yourself a favour and watch it!

An absolute must watch. @iamsrk you are charming, funny & fantastic... but we already knew that! @TEDTalkshttps://t.co/RZIQOH9UIO

In 18 minutes, Shah Rukh Khan owned every person sitting in the auditorium with his words on humanity, which he said is "like me, an ageing movie star" grappling to stay in sync with the world which is continuously changing. Shah Rukh used several examples from his personal life to elucidate the negative impact social media can have on people and the lessons life taught him.

Promoted
Listen to the latest songs, only on JioSaavn.com
Shah Rukh Khan will also host the Indian version of TED Talks.

Shah Rukh Khan was last seen in Rahul Dholakia's Raees and his next film is with Imtiaz Ali, co-starring Anushka Sharma. He has also signed up for Aanand L Rai's next film.