Shah Rukh Khan's Spidey Senses Were Tingling... So He Did This 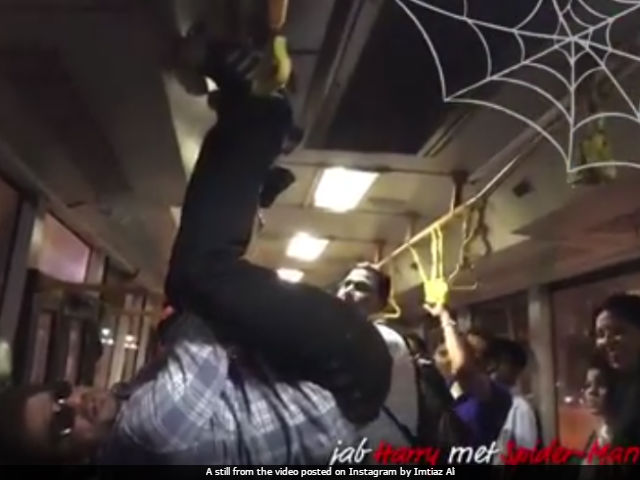 Look who I found in the bus!

Promoted
Listen to the latest songs, only on JioSaavn.com
Tom Holland's Spider-Man: Homecoming is the first standalone film of the superhero from the Avenger series. Neither Tobey Maguire nor Andrew Garfield fought besides the Avengers, a privilege extended only to Tom Holland in Captain America: Civil War (2016). Spider-Man fought on team Iron Man (played by Robert Downey Jr) against Captain America and in this Friday's Spider-Man: Homecoming, Iron Man will return the favour. Michael Keaton plays the antagonist in the Jon Watts-directed film.