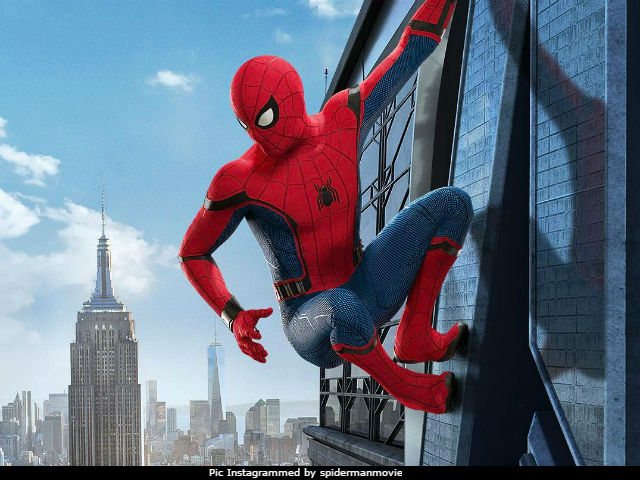 Spider-Man: Homecoming: The casting couldn't be better than this (courtesy spidermanmovie)

We give you five reasons why you should not miss Spider-Man's latest outing.

1) As Real As It Gets: Jon Watts keeps it as real as real can be. The biggest criticism that most superhero movies face is that they try to achieve the most impossible task and hence are too extravagant, the visuals of buildings falling apart and the sky coming down makes them more fantasy and less real. This time Peter Parker is a 15-year-old high school student who is trying his best to keep the secret. He just can't gather the courage to tell his school crush that he is Spider-Man, can it get more real than that? He grounds the story.

2) Entertaining Lead Actor: For the kind of story they had in mind, the casting couldn't be better than this. 21-year-old Tom Holland makes the perfect high school student who enjoys being in the suit. He is the shy boy in the classroom and when he gets to learn the exciting tricks in the suit, you as the audience are happy for him. He has the boy-next-door look and his acting is very real. In Spider-Man: Homecoming you get to see his electrifying energy and his super comic timing.

The stars aligned last night at the #SpiderManHomecoming world premiere!

3) Iron-Man Appearances: Tony Stark (Robert Downey Jr) has some interesting appearances in Spider-Man: Homecoming. He plays daddy and tells Peter to be the friendly neighborhood Spider-Man, he is always watching Peter's back. The scenes between them are a good mix, some emotional and some very funny. And yes, he does come to save the day when Spidey is having it rough.

We call this "The Iron Man." #SpiderManHomecoming @robertdowneyjr

4) Faithful to the Comic: Though this is the new-age superhero movie, it sticks to the theme of the original comic book. The term 'friendly neighborhood' is more real than ever. Without the costume, Peter is just another school boy with all good intentions. If there is anyone in that school who should have the costume it's him. And when Spider-Man sees something wrong, he spins the web, any size, and catches thieves just like flies.

Looked who swung by the #SpiderManHomecoming New York press day!

5) It's A Breeze: People will walk into the movie hall with high expectations and they will get something that's different and better. By taking Peter back to school and making him a 15-year-old school boy, the tone of the film has changed. Now, there is a lot of innocence attached to it. The school scenes are fun to watch and there are enough action scenes to keep you on the edge. The length of the film is 133 minutes and that's just right. You are most likely to walk out with a big smile.
Comments
Spider-Man: HomecomingTom HollandRobert Downey Jr