"I have never let people know the most interesting parts of my life so you will never get a good script unless I write it," said Shah Rukh Khan 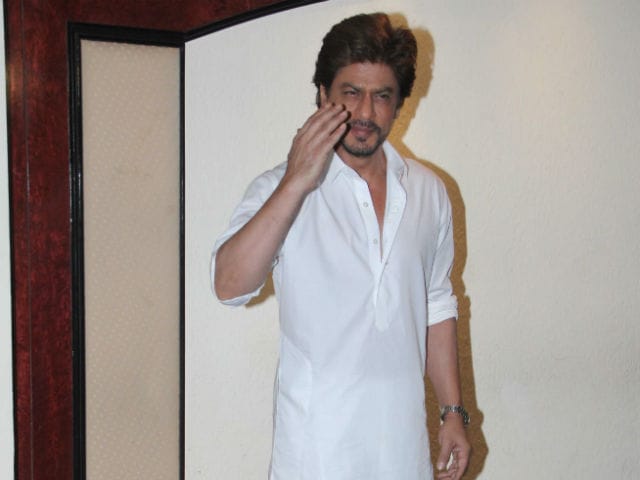 New Delhi: Actor Shah Rukh Khan, who is prepping for the release of his film Jab Harry Met Sejal, completed 25 years in the film industry on June 25. Speaking about his incredible journey, the 51-year-old actor told news agency PTI that his life is 'not controversial enough' for a biopic and that people are still unaware about the most interesting aspects of his life. "For so many years, people who are closest to me will tell you, I have never let people know the most interesting parts of my life so you will never get a good script unless I write it. Whatever they will make of my life will just be a success story which I think is extremely boring," PTI quoted Shah Rukh Khan as saying.

Shah Rukh Khan made his television debut with Fauji in 1989. He made his Bollywood debut in 1992 with Deewana, co-starring Rishi Kapoor and Divya Bharti.

Shah Rukh Khan has appeared in over 80 Bollywood films and won several awards including 14 Filmfare Awards.

In 2005, Shah Rukh was awarded the Padma Shri by the Government of India for his contributions to film industry. The Government of France has awarded him both the Ordre des Arts et des Lettres (2007) and its highest civilian honour, the Legion d'honneur (2014).

Shah Rukh Khan has also been a part of many controversies. In 2008, the Swades actor was banned from entering Mumbai's Wankhede Stadium after a scuffle and heated argument with a security guard. However, the Chennai Express actor still believes that he has to something 'controversial' to make his biopic interesting for the audience.

"If it's not controversial then it will be a boring story. I am telling you success stories are very boring. I would not like anyone to make it but I am not saying I don't want anyone to make a biopic on me but I don't think it's a great subject... not as yet," PTI quoted Shah Rukh Khan as saying.

After Jab Harry Met Sejal, Shah Rukh Khan will be seen in Aanand L Rai's yet-to-be tilted film, in which he will be seen playing a dwarf. The film also stars Anushka Sharma in lead role.