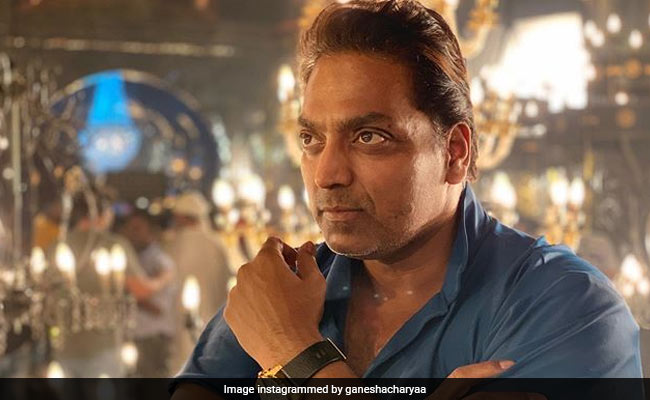 The complainant, an assistant choreographer, had approached the state women's commission few days ago

The FIR, registered at Amboli police station, also named two women, Jayashree Kelkar and Preeti Lad, who are accused of beating up the woman on January 26.

No arrest has been made in the case yet. Acharya had denied the allegations last week.

The complainant, who is an assistant choreographer, had approached the state women's commission a few days ago, alleging sexual harassment by Acharya.

The commission had asked the Amboli Police to submit a report. She had also alleged that Acharya, Kelkar and Lad assaulted her during a function of the Indian Film and Television Choreographers Association in Andheri on January 26.

Acharya was using his clout to ensure that she did not get work in Bollywood, she alleged.

Acharya held a press conference last week and denied the allegations, and said he would file a defamation case against her.

"We have registered an FIR against Ganesh Acharya and two others and further investigation is underway," said Additional Commissioner of Police (West) Manoj Sharma.

The case was registered under IPC sections 354-A (sexual harassment), 354-C (Watching, or capturing the image of a woman engaging in a private act), 354-D (stalking), 506 (criminal intimidation) and 509 (word, gesture or act intended to insult the modesty of a woman), said senior inspector Someshwar Kamthe of Amboli police station.