Firefighter Killed After Explosion Brings Down Battery Warehouse In Delhi

Fire in west Delhi's Peera Garhi: The fire department received a call for help at 4:30 am, officials said, adding they initially sent seven fire engines to the warehouse

West Delhi's Peera Garhi: An explosion was reported from the warehouse after the fire broke out

A firefighter was killed at a battery warehouse in west Delhi's Peera Garhi after it caught fire and the structure collapsed following an explosion, officials said. Two firefighters and a worker have been rescued. They suffered minor injuries, officials said. The police said 14 others are injured.

Thirty-five fire engines came to the site. A team of the National Disaster Response Force (NDRF) also helped in the rescue operation.

The fire department received a call for help at 4:30 am, officials said, adding they initially sent seven fire engines to the warehouse.

At 9 am, an explosion suspected to be an overheated battery ripped through the rear of the building, bringing down the structure.

In visuals, black smoke was seen billowing out from the warehouse. The rescuers said they advanced with extreme caution as the smoke from the batteries was toxic. They said they have removed inflammable material from the building.

The firefighter who died in the fire was identified as Amit Balyan, 27. He was posted in the Kirti Nagar branch of the Department of Delhi Fire Services. His body was recovered under the building's debris 5 to 6 hours into the firefighting operation. 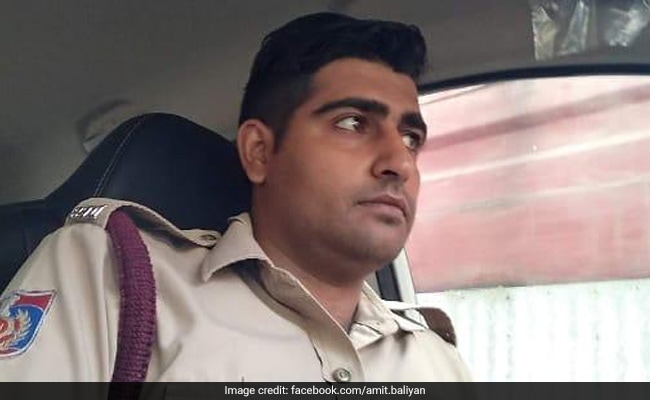 "It is with deep sadness I inform you that one of our firemen was martyred while saving people from fire. Our firemen save other people's lives by putting their lives under extremely risk in difficult circumstances. May his soul rest in peace," Mr Kejriwal said in the tweet.

"Deeply anguished over news of death of fire operator Amit Balyan Amit along with his team members fought bravely to save lives of many people. I salute his bravery My sincere condolences to his family members. All possible assistance to be extended to the injured & bereaved family," he tweeted.

The National Disaster Response Force and civil authorities rushed to the spot to control the situation, an official said, adding that 35 fire tenders were at the spot, according to PTI.