"Serious Ramifications" If Article 35A Is Tinkered With: Omar Abdullah

Omar Abdullah said if legality of the Article 35A comes under scanner, then the relationship between the state and country will also come under scrutiny 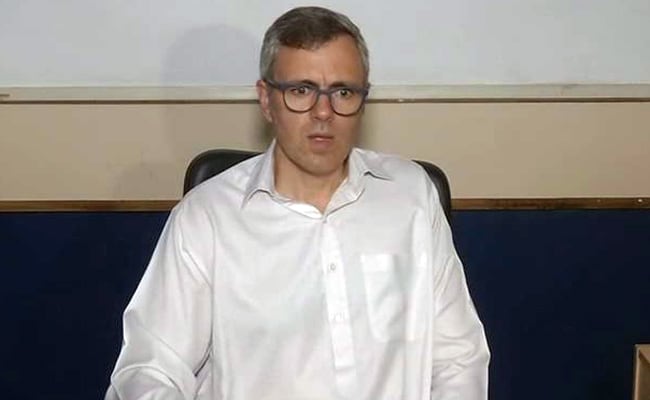 National Conference vice president Omar Abdullah today said any attempts to tinker with Article 35A of the Constitution would have "serious ramifications" and would inevitably "reopen the debate on Jammu and Kashmir's accession with the Union of India".

He said Jammu and Kashmir had acceded with the Union of India on certain conditions unlike the other princely states in 1947.

"If legality of the Article 35A comes under scanner, then the relationship between the state and country will also come under scrutiny," he said.

The former chief minister referred to various guarantees that the state enjoyed within Constitution of India.

"All our constitutional authorities assume office after taking oath under our own state's Constitution. Our state is the only state in the country where this is possible," he said.

The National Conference vice president said the voices coming out to support and protect Article 35A are region and religion-neutral and any attempts to give it a communal colour have been defeated.

"BJP MLA from RS Pura recently spoke passionately in favour of Article 35A and even lauded Kashmiris for their continuous support to it. It should serve as an eye opener for those who are speaking against it.

"Even people in Ladakh are openly coming out in favour of the Article," he said.

Mr Abdullah said it was the National Conference which raised the issue of Article 35A in the legislative assembly in 2015.

"The then PDP-BJP government had no idea about the threats to state's special status and were not alarmed for reasons known to them. Upon our persistence, the government finally took the legal course on Article 35A," he said.

Reiterating his party's resolve to fight for the state's special status, he said it would fight for the Article 35A both legally as well as on the streets.

"While we continue with our peaceful protests in favour of Article 35A across the state, our party has also filed an intervention plea in the Supreme Court and has sought the services of best possible lawyers to protect the Article in the court," he said.