Marta Kotlarska said she was blacklisted by the Foreigner Regional Registration Office (FRRO) in Chamoli, Uttarakhand, for overstaying "due to a misunderstanding". 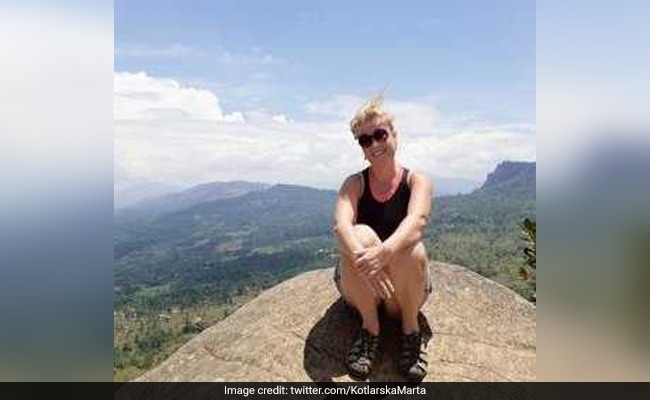 Marta Kotlarska is at present stranded in Thailand.

Separated due to visa-related discrepancies from her 11-year-old daughter who is currently under the care of guardians in Goa, a 42-year-old Polish single mother stranded in Thailand, has now reached out to External Affairs Minister Sushma Swaraj on Twitter for help.

Marta Kotlarska, a Polish artist and photographer who is on a multiple entry B-2 business visa to India, was turned away from the Kempegowda International Airport, Bengaluru, after she returned from Sri Lanka on March 24.

Ms Kotlarska said that she was blacklisted by the Foreigner Regional Registration Office (FRRO) in Chamoli, Uttarakhand, for overstaying "due to a misunderstanding", but added that she had paid the requisite fines prescribed by law.

She had left for Sri Lanka a few days earlier from Goa, because she was about to exceed her 180-day limit of stay in India and visa renewal norms required for foreign nationals to formally re-enter the country.

"On my way back from Sri Lanka, at the Bengaluru airport, to my utmost shock, I was refused entry to India and had to fly to Bangkok. I had to fly to a destination where I knew someone and could solve my problem and plead to the Indian Embassy," Ms Kotlarska said over phone from Thailand.

Her daughter is at present under the care of parents of her classmate in North Goa.

"Respected @SushmaSwaraj I beg of you my 11-year-old daughter is separated from me as I was refused entry to India. Please request MHA Foreign division to treat my case as a priority since minor child is (in) India, where she studies without her mother," Ms Kotlarska tweeted.

Ms Kotlarska arrived in Goa from Warsaw in September 2018 to work on a photography project to capture Goan culture and bridge the inter-generational gap between the young and old in the coastal state.

She registered her daughter with the FRRO in Panaji, in October 2018.

The woman said Sushma Swaraj is "my only hope for now, because the authorities do not seem to be taking note of the fact that I am separated from my daughter, who is all on her own now and I fear for her".

She also requested the home ministry of India to "treat my case as priority since minor girl child is involved, I'm separated from her and her school ends end of June."

She also tweeted to Prime Minister Narendra Modi for help. "Respected @narendramodi I beg you for your help. please request officials in MHA Foreign division to treat my case as priority since minor is involved and her education is at stake."