18th IIFA Awards 2017: A look at Shilpa Shetty, Bipasha Basu and Dia Mirza's Instagram accounts gives us a fair idea of the fun they are having in New York 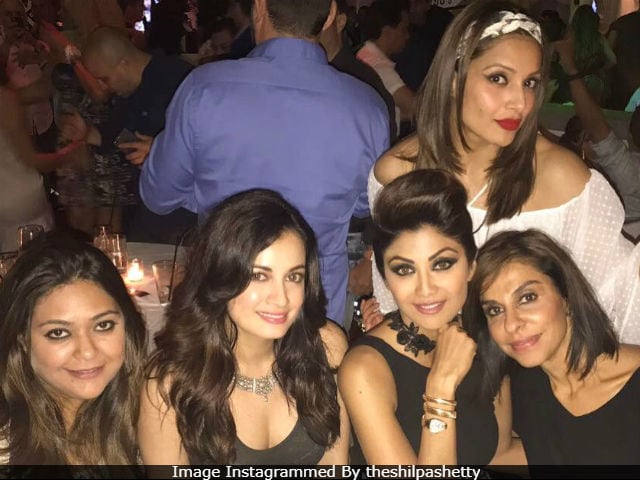 New Delhi: Bollywood is all set to attend the 18th edition of the International Indian Film Academy (IIFA) Awards in New York. The event kick-started on July 13 and will end on July 16 after a wrap-up party. The main award show is scheduled for July 15. Celebrities like Salman Khan, Karan Johar, Saif Ali Khan, Shahid Kapoor, Varun Dhawan, Alia Bhatt, Shilpa Shetty, Bipasha Basu reached the Big Apple a couple of days ago. From parties to leading Times Square Stomp, the celebs are the making the most of their New York outing. A look at Shilpa Shetty, Bipasha Basu and Dia Mirza's Instagram accounts gives us a fair idea of the fun they are up to. All the three stars are busy partying with their friends. Shilpa shared a picture of herself with Bipasha and Dia with the caption that read, "Girly fun last night."

Check out these pictures.

Shilpa Shetty also set the IIFA Stomp on fire on Thursday in a silver gown.

Meanwhile, Salman, Katrina, Alia, Varun walked the green carpet for IIFA Rocks on Thursday night. The event will be followed by the main awards show tonight. These stars will also be performing at the event.

Shahid has been accompanied by his wife Mira Rajput and daughter Misha while Salman is in New York with stepmother Helen and have been joined by brother Arbaaz and brother-in-law Atul Agnihotri. Saif's children - Sara and Ibrahim are also there.