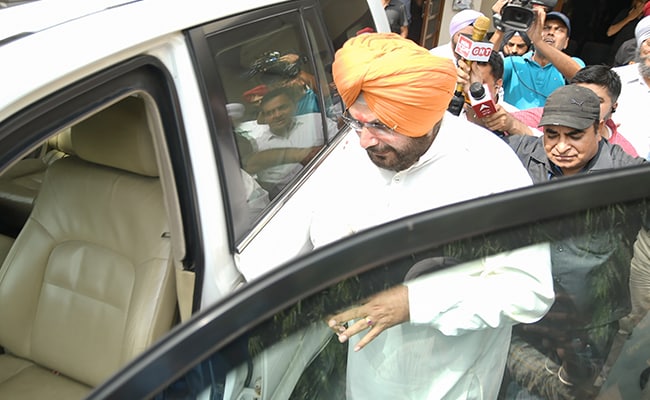 After jailed Congress leader Navjot Singh Sidhu raised "security concerns" for appearing before a court in Ludhiana in a harassment case against a former minister, Punjab CM Bhagwant Mann on Thursday said directions have been issued for providing security to him.

Sidhu, who is lodged in the Patiala Central jail in a road rage case, has been summoned to appear as a witness on October 21 by a Ludhiana court in a case filed by dismissed deputy superintendent of police Balwinder Singh Sekhon against former minister Bharat Bhushan Ashu.

Sekhon had alleged that the former food and civil supplies minister had allegedly harassed and intimidated him when he was conducting a probe against Ashu in an change of land use scam.

At that time, Sidhu was the local government minister.

Sekhon had pleaded before the court that Sidhu be summoned as witness as it was during his tenure as minister in 2019 the probe was marked and concluded.

The case file containing the probe report, which was submitted by Sekhon, is "missing" from the office of the local government department.

Sidhu, while citing "security concerns", had appealed thrice before the Ludhiana court to hear him through video conferencing in the case. But the court had dismissed his applications and had asked him to appear on October 21.

Sidhu on Thursday wrote to the superintendent of the Central jail, Patiala, that his Z-plus security was withdrawn when he came to the jail.

Sidhu wrote, "I have never refused being witness or not to facilitate the honourable court." Sidhu again cited "security concerns" in the letter as he had earlier mentioned in his petitions before the court.

Chief Minister Mann on Thursday said Sidhu will be provided security for his appearance in the Ludhiana court.

Mann said Navjot Singh Sidhu will appear in Ludhiana court on Friday as a witness. "Instructions have been issued to give him all possible security," said Mann in a tweet Sidhu is lodged in Patiala central prison to serve a one-year jail term in a 1988 road rage death case.