"Take Me As I Am," Says Chief Justice, Reading Out Landmark 377 Verdict

Section 377: Homosexuality is not an offence in India, four Supreme Court judges today ruled in a concurrent judgement 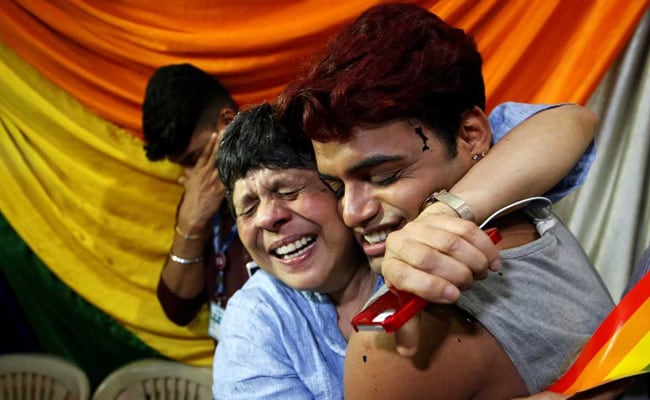 Section 377: "The society is now better for individualism..." Supreme Court said on homosexuality

Delivering a landmark judgement decriminalising gay consensual sex, Chief Justice of India Dipak Misra said: "I am what I am. So take me as I am."

Homosexuality is no longer a crime in India, five Supreme Court judges today ruled in a consensus judgement.

The Supreme Court overruled its own 2013 decision and said Section 377, a controversial British-era ban on consensual gay sex, is irrational, indefensible and arbitrary.

"No one can escape from their individuality...Look for the rainbow in every cloud. Section 377 is arbitrary"," said Justice Misra, who is due to retire on October 2. "Denial of self-expression is like death," he added in a judgement peppered with epochal quotes that called for a shift in the society and attitudes."

"We have to bid adieu to prejudices and to empower all citizens," the Chief Justice said. Homosexuality, said the judges, is "not a mental disorder".

"Section 377" banned "carnal intercourse against the order of nature with any man, woman or animal" - which was interpreted to refer to homosexual sex. Under the 1861 law, gay sex was punishable by up to 10 years in jail. The ban was challenged by five high-profile petitioners who said they were living in fear of being punished.

The Chief Justice said: "Respect for individual choice is the essence of liberty; the LGBT community possesses equal rights under the Constitution. Sexual orientation is a biological phenomenon; any discrimination on these grounds is violative of fundamental rights".

Activists had been fighting the ban since the 1990s, suffering several court reverses before the  verdict today that sparked celebrations among lesbian, gay, bi-sexual and transgender groups across the country.