Second Batch Of Foreign Envoys Arrives In Jammu And Kashmir

The delegation will meet media representatives, civil society groups and politicians in Jammu and Kashmir. 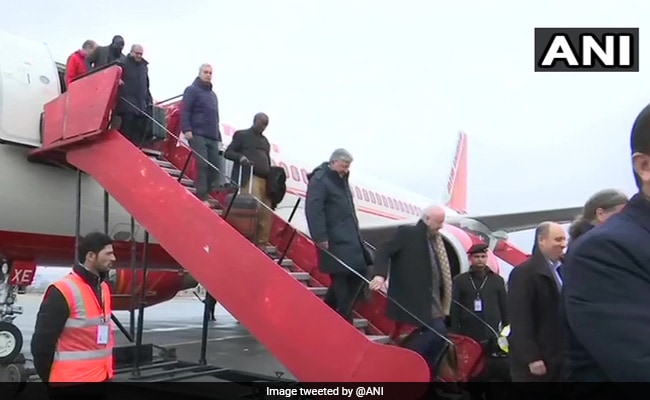 Representatives of the European Union are among the visiting envoys.

Diplomats of 25 countries including Germany, Canada, France and Afghanistan reached Jammu and Kashmir to witness the ground situation in the region nearly six months after the centre scrapped the erstwhile state's special status and split it into two Union Territories. This is the second batch of foreign diplomats to visit Kashmir in one month.

The delegation will meet fruit growers in North Kashmir before reaching Srinagar where they are scheduled to meet media representatives, civil society groups and politicians.

The Indian Army will brief the visiting diplomats on security situation in Kashmir and are expected to give a detailed presentation on Pakistan's involvement in sponsoring terrorism in the newly-formed Union Territory.

According to reports, the envoys will stay for thr night in Srinagar before moving to Jammu next day where they are expected to meet Lieutenant Governor GC Murmu and civil society groups.

The fresh batch of diplomats also includes representatives of the European Union.Their participation assumes significance as the EU Parliament recently initiated to bring a joint draft resolution on the Citizenship Amendment Act (CAA) and Kashmir, the vote on which was later deferred.

Last month, envoys of 15 countries including United States Ambassador to India Kenneth Juster and diplomats from Vietnam, South Korea, Brazil, Niger, Nigeria, Morocco, Guyana, Argentina, Philippines, Norway, Maldives, Fiji, Togo, Bangladesh and Peru had visited Jammu and Kashmir on January 9 and 10 to see first-hand efforts being made by the government in the region.