Over 200 People Rescued After Landslide In Uttarakhand's Chamoli

The IMD has warned of heavy rainfall in Uttarakhand for five days from August 24 to August 28, accompanied by thunderstorms and lightning. 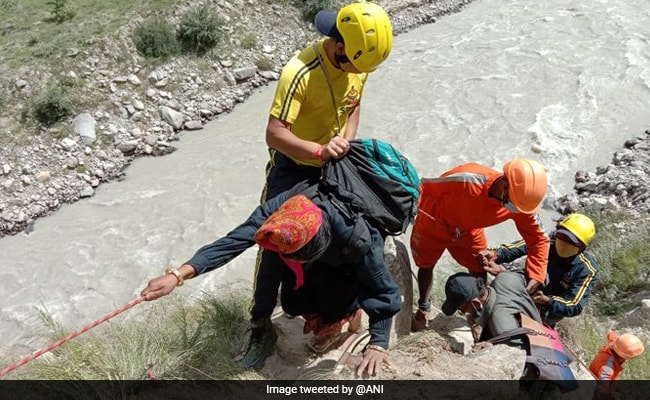 A team of the State Disaster Response Force (SDRF) on Monday rescued over 200 people after they got trapped in the Tamas area near Raini village in Chamoli district due to a landslide yesterday.

The India Meteorological Department (IMD) has warned of heavy rainfall in Uttarakhand for five days from August 24 to August 28, accompanied by thunderstorms and lightning.

Last week, the Niti Border road connecting the India-China border in Joshimath in the Chamoli district was blocked for a week in view of the recurring landslides hitting the area.

As per the information shared by Border Roads Organisation (BRO), the road in the valley was blocked due to landslides and the people of the valley have been stuck inside their houses.