Jagargunda villagers had left their homes in fear after the launch of the Salwa Judum, the erstwhile anti-Naxal movement, in 2005-06. 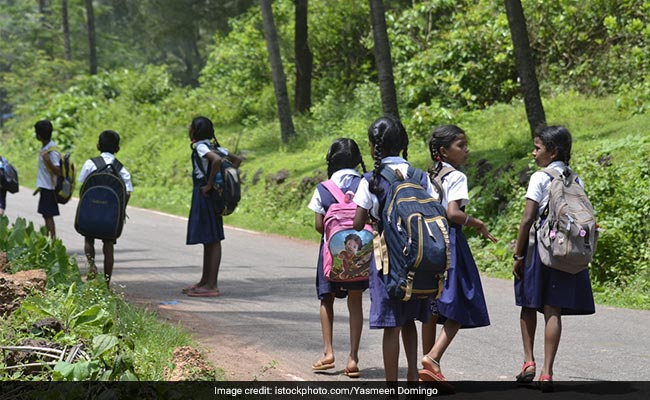 Students used to study in pota cabins, as no educational institutions were operational.(Representational)

Students in Jagargunda village in Chhattisgarh's Sukma district, which bore the brunt of Naxal violence, were elated Monday with reopening of government schools after a long gap of 13 years.

Jagargunda villagers had left their homes in fear after the launch of the Salwa Judum, the erstwhile anti-Naxal movement, in 2005-06.

Subsequently, the villagers, comprising around 1200 families, got settled in government-aided relief camps in the area.

Schools and hostels in Jagargunda were then shifted to Dornapal, around 50 kms from the village, Sukma Collector Chandan Kumar told PTI Monday.

Since then the students of the area were studying in nearby porta-cabin (pre-fabricated structures), he added.

"After a gap of 13 years, the district administration took initiative on the direction of Chief Minister and renovated the dilapidated school buildings, and also constructed new ones," Mr Kumar said.

He said the local residents, particularly students, are very happy over the reopening of the schools and admission have already begun.

"The government schools and hostels which were lying closed in Jagargunda village panchayat since 2006 in the aftermath of Salwa Judum militia clash, were reopened," he said.

The collector hoped that the development would boost the confidence of the villagers.

Industry Minister Kawasi Lakhma, an MLA from Konta constituency in Sukma, inaugurated the middle, high and higher secondary schools, an ''ashram shala'' or a residential school for boys and hostels for pre-matric boys and girls in Jagargunda.

The minister has expressed happiness over reopening of the schools.

"The state government has included classes 9 and 10 under the Right to Education and now students will get free and compulsory education from class 1 to class 12," Mr Lakhma was quoted as saying in a release.

Salwa Judum, an anti-Maoist civil militia which comprised tribal youths, was disbanded in 2011 on a supreme court order.