Scheme To Promote Waste-To-Energy Projects On The Cards

"We need many such (waste to energy) plants for many more metropolitan cities, towns and cities. As citizens, it is our combined responsibility to handle the waste," Mr Singh said while addressing a workshop on waste to energy organised by the Ministry of New and Renewable Energy. 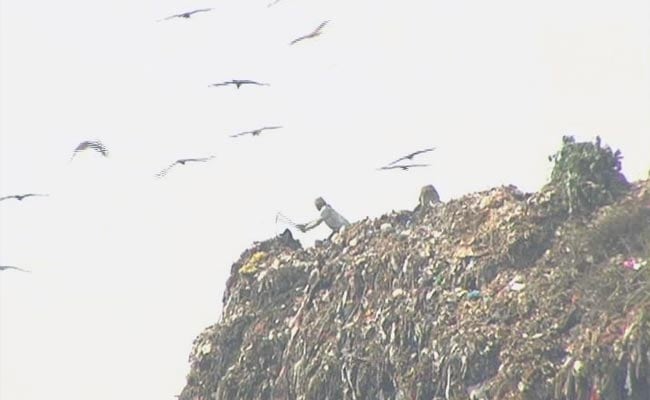 New Delhi: Taking a dim view of the recent collapse of the Ghazipur landfill, Power Minister RK Singh today promised that a scheme will be worked out to encourage waste-to-energy projects in all cities and towns across India.

"We need many such (waste to energy) plants for many more metropolitan cities, towns and cities. As citizens, it is our combined responsibility to handle the waste," Mr Singh said while addressing a workshop on waste to energy organised by the Ministry of New and Renewable Energy.

Referring to the recent incident of waste landfill in Ghazipur in Delhi giving way, Mr Singh, also the New and Renewable Energy Minister, said, "We need to avoid incidents like that which happened. A huge waste landfill collapsed. It is a matter of shame for us."

He further said, "I will write to the Lieutenant Governor, Delhi, that he should consider setting up 3-4 more (waste to energy) plants like the one in Timarpur. All towns and cities should set up these plants mandatorily. It can be on PPP (public private partnership) or tariff based bidding."

Elaborating, he said, "The most transparent methodology will be to invite bids so that the people compete and the bid can be based on (power) tariff. Those who are willing to give power at minimum rate should win the bid. The land will be provided by the government. The plant can have licence for 25 years or their entire plant cycle to recover capital cost."

Suggesting to MNRE Secretary Anand Kumar to frame a scheme on this, Mr Singh said, "Let's build a scheme like that and circulate this to states. This was an idea which was long overdue. We need to push it hard."

According to Ministry of New and Renewable Energy estimates, the solid waste generated from cities and towns in India has a potential to generate power of approximately 500 mw, which can be raised to 1,075 mw by 2031 and further to 2,780 mw by 2050.

According to the Central Electricity Authority data, India has harnessed 114.08 mw of waste-to-energy potential till August this year.

Mr Kumar, on his part, said: "We are planning to start a new programme to tackle the cow dung for generation of bio-CNG (compressed natural gas) and also bio gas to enter bio energy. Over 1,000 Gaushalas (cow shelters) support the idea."

Mr Kumar further said, "In our country, we have potential to generate bio gas through effluents, vegetable market waste, cow dung and even paddy straw (which caused pollution on burning). It can also generate bio fertiliser."

Promoted
Listen to the latest songs, only on JioSaavn.com
Now, the designated industries, under the PAT scheme, can buy and sale ESCerts at two energy exchanges -- Indian Energy Exchange (IEX) and Power Exchange India Limited (PXIL).

Under the PAT scheme, ESCerts are issued by the Ministry of Power when a Designated Consumer (DC) achieves and surpasses the target. These ESCerts can be sold to DCs that fail to achieve their targets to comply with energy consumption norms and standards.